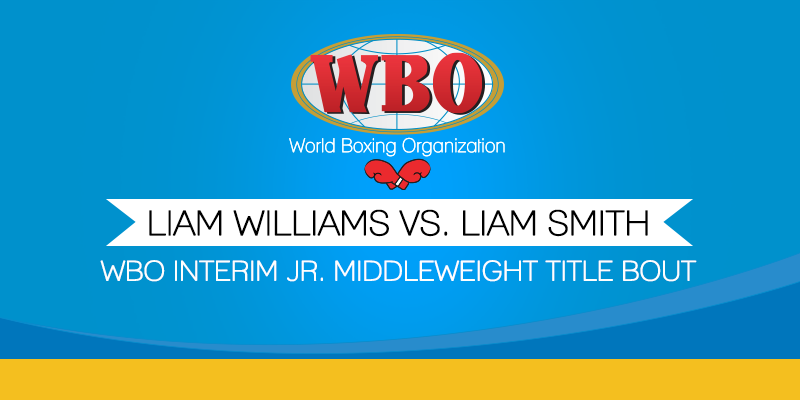 The WBO Championship Committee sanctions the WBO Interim Jr. Middleweight title bout between Liam Williams and Liam Smith, to be held in Manchester, England on April 8th 2017 with the provision that winner must face the mandatory challenger designated by the Championship Committee within 120 days from the date of the bout, if the Division Champion were not available at the time and subject to the WBO Regulations of World Championship Contests.