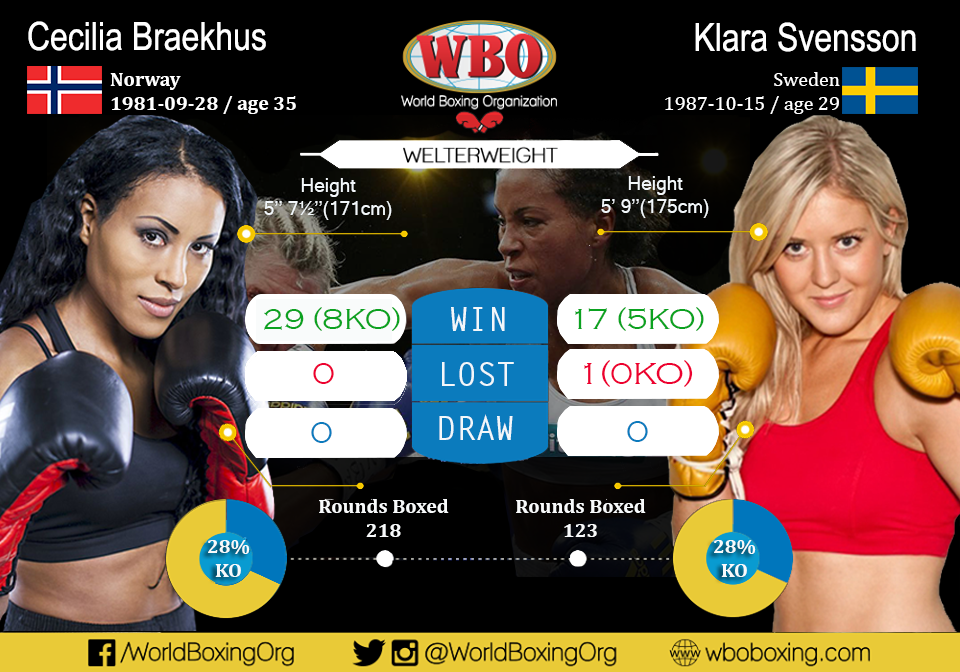 Braekhus, holder of the WBC, WBA, WBO, IBF and IBO World Titles has been hit with the flu which will require a period of rest before the resumption of a full training schedule.

“I was in the best shape of my life before I got knocked out by the flu. This is the worst that can happen to a fighter so close to battle, but health and safety comes first of course,” said Cecilia Brækhus.

The entire event, planned for another sold-out night at the Oslo Spektrum, will now take place on Friday, February 24 with all tickets being honored for the new date.

Through Braekhus’ extensive lobbying work over the last several years, Norway lifted their 33-year ban on professional boxing in 2015. On October 1, 2016, Braekhus was finally able to fight in her home country, knocking out Anne Sophie Mathis in the second round, a national event that captivated the entire country.