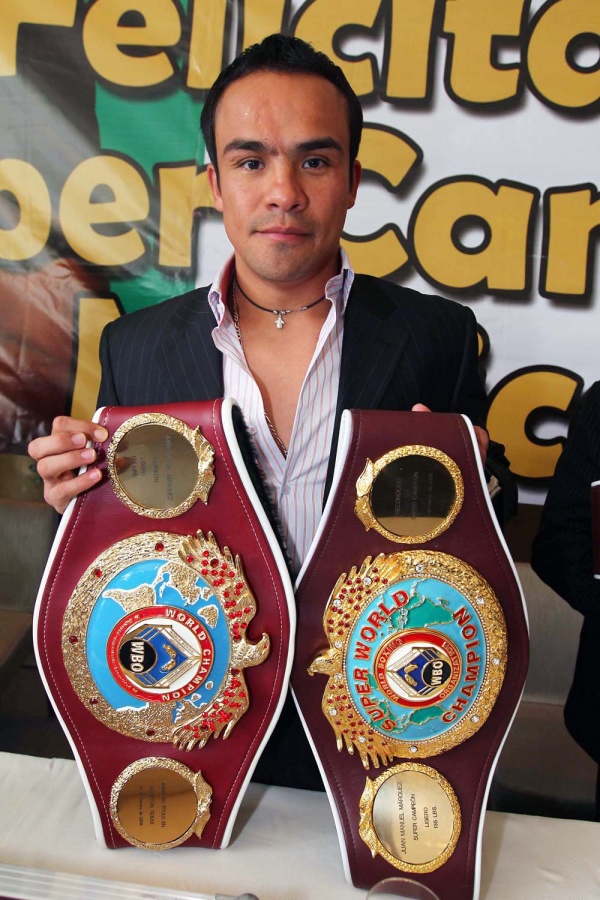 Juan Manuel Marquez’s future in boxing is not yet determined, but the Mexican star is very motivated when discussing the possibility of winning a fifth world title. He has an enormous amount of interest in continuing his career for another year, and says capturing the welterweight crown of the WBO is one of his goals.

Marquez (55-6-1 40KOs), who won four titles in four weight divisions, believes he should have won the WBO welterweight tite in November 2011, but claims the Las Vegas judges robbed him of a win and gave the majority decision to Manny Pacquiao.

“Of course [going after the WBO title] would be a possibility. Why not [go after a fifth title]? It would be wonderful to win another championship. That title, I already won it in 2011 against Pacquiao, but judges denied me. If we continue in boxing, of course I would be thinking about winning a fifth championship. I have not decided my future, for now I’m focused on my family. In fact, I was invited to watch the Bradley fight, but I spent this weekend with my family,” Marquez said.