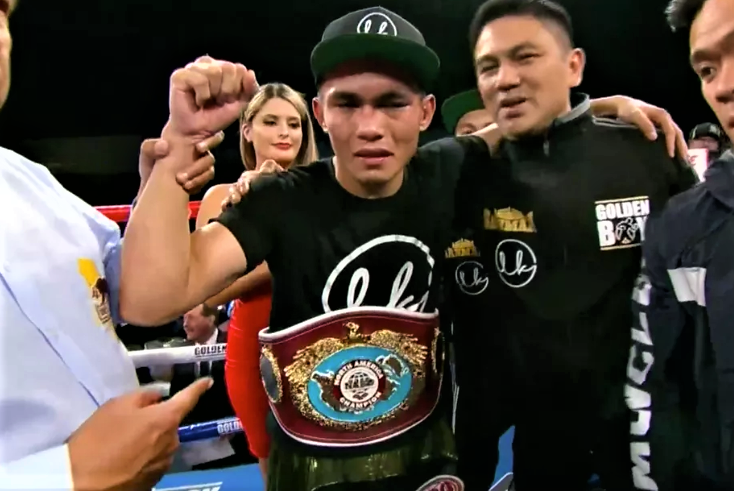 In his last fight, back in March, Rodriguez scored a huge upset – with a ninth round knockout of Mercito Gesta – who happens to be a good friend and Filipino countryman of Duno.

When the contest began, they were trading heavy punches in the very first round. Duno was landing better and landing harder.

Duno continued to press forward in the second and he was unloading with big combinations to push Rodriguez back. Rodriguez was giving as good as he was taking, going toe to toe with Duno. The Filipino banger was landing some heavy shots that Rodriguez withstood and kept firing back.

Rodriguez had the edge in the third, when he was tagging Dun with hard shots. In the fourth, it was an all-out brawl as the two boxers were blasting each other, with Rodriguez suffering a bad cut around his left eye from a clash of heads.

In the sixth, Rodriguez stunned Duno a few times with heavy shots that continued to rain down. In the seventh round, Duno lost a point after landing a hard low blow.

During the eight round, Duno landed a solid shot to the body that sent Rodriguez down in the final minute. Duno was unable to follow-up with much when Rodriguez got to his feet, because there wasn’t much time left.

In the ninth round, there was another clash of heads and Rodriguez suffered a bad cut on his cheek on his face. With Rodriguez having a bloody face from two head clashes, the referee stopped the action and sent the fight to the scorecards.