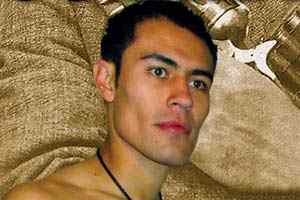 Recent world title challenger Romulo Koasicha (25-5, 15 KOs) of Mexico challenges NABO junior lightweight champion and former world title challenger Orlando “El Fenomeno” Cruz (22-4-1, 11 KOs) from Puerto Rico. The bout is scheduled for 10 rounds and will be aired on “Boxeo TELEMUNDO Ford.” The site of the fight will be the A La Carte Pavillion in Tampa, Florida.

Koasicha debu’ed on Telemundo last July where he defeated Guillermo “El Borrego” Avila. The victory positioned him for a showdown with WBO featherweight world champion Vasyl Lomachenko this past September. Koasicha was unsuccessful in his challenge but feels he will only get better from the experience. He plans to show this versus Cruz tonight.

When you last spoke with Fightnews.com®, you were getting ready for your Telemundo debut last July. How surprised were you that you landed a world title fight your very next fight?

I was totally surprised. Some fighters never get an opportunity to fight for a world title. I trained hard and I did the very best I could.

What did you take from the opportunity even though you were not victorious?

It was all positive for me. I also gained some very valuable experience against a very elite fighter. I am confident it will help me alot in my fight tonight.

How familiar are you with Orlando Cruz?

He is a very good fighter. I have a lot of respect for him. I will definitely have to be at my absolute best to defeat him and I have trained this way accordingly.

Do you expect any trouble with the Cruz’ southpaw style?

I have fought southpaws but Cruz has a very unique style. I have had alot of southpaw sparring for this fight. Keep in mind my last fight was a with a southpaw in Lomachenko. It doesn’t get more complicated than that.

You have fought your career at 126 for the most part even though this fight is at 130. Is the plan to stay at this weight class?

126 is my best weight. I wanted to take this fight for the opportunity and for the activity. The plan is for me to return to 126 after this fight but for a real good opportunity I can fight at 130 with no problem.

What kind of fight should the fans expect tonight?

Two determined fighters wanting to get back to the world title fight. The fact that it’s a Mexican fighter vs a Puerto Rican sets the expectations that much bigger.