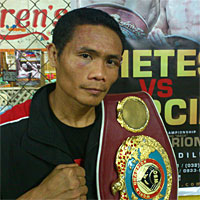 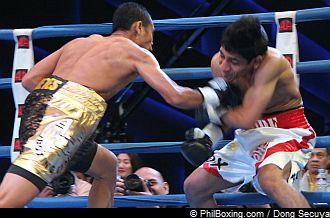 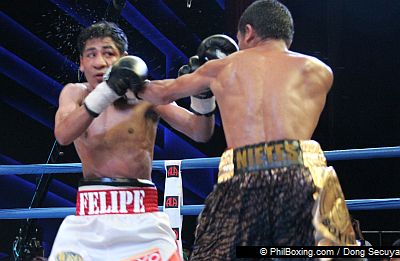 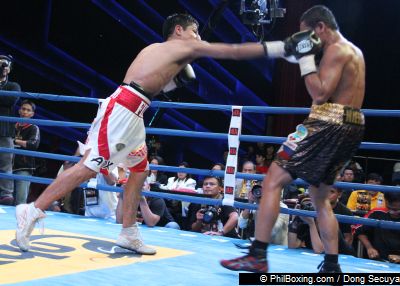 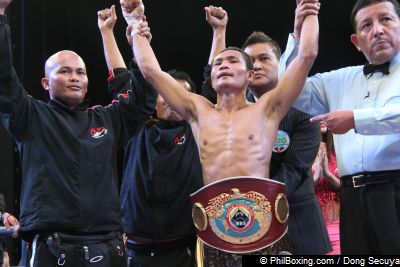 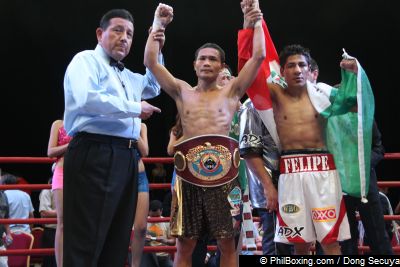 This is a strong message of the reigning World Boxing Organization (WBO) light flyweight champion Donnie ‘Ahas’ Nietes as he is set to defend his crown against former world champion Felipe Salguero of Toluca, Mexico in Pinoy Pride XIV, dubbed ‘Night of Champions’ this coming June 2 at the Resorts World Manila.

“I have studied his game. I have read his style,” said Nietes on a text message to Watchmen Daily Journal.

The Murcia-native champion further disclosed that he have gone through lots of sacrifices in preparing himself to this fight. “I have already sparred more than a hundred times to prepare myself,” he added.

Nietes has a standing record of 29-1-3 win-draw-loss card with 16KOs while Salguero is undefeated with 16 victories, 2 draws and11KOs.

This is the first title defense of Nietes after dethroning erstwhile title holder Ramon Garcia Hirales, also of Mexico, in October of last year at the University of St. La Salle Coliseum here in Bacolod City.

Melindo is rated No.1 contender by the WBO in his division and is on collision path with Filipino-American champion Brian Viloria. If ever Melindo pasts Geles on June 2, he will more likely becomes Viloria’s mandatory challenger.

ALA Promotions President/CEO Michael Aldeguer said that they don’t want to fight a fellow Filipino for the title but if they cannot avoid it they will take the fight.

Donnie “Ahas” Nietes who walks into the ring with a python around his neck will defend his newly won WBO light flyweight title against Mexico’s Felipe Salguero at the Resorts World Hotel & Casino near the Manila International Airport on June 2.

The fight card will be telecast by the giant broadcast network ABS-CBN in its highly successful series “Pinoy Pride.”

Salguero has a record 16-2-1 with 11 knockouts and while he lost his first two fights as a young pro, he has won 16 fights in a row indicating his obvious talent.

In his last fight Salguero won by a 5th round knockout over Carlos Melo on January 28 this year.

Melo had previously gone the distance with undefeated current WBO No. 1 flyweight Milan Melindo in a clash for the vacant WBA Intercontinental light flyweight title on July 26, 2008.

In a report on the Salguero-Melo fight Aric Armit of Boxrec News said the Panamanian Melo “ had the speed and skill but Salguero stayed in front of his and walked him down.”

Armit said “the body punches of the Mexican slowed down Melo. In the fifth round Salguero finally landed the big punches he had been looking for and Melo went down and stayed down.”

Nietes who moved up in weight to capture his second world title by winning the WBO light flyweight title with a comfortable twelve round decision over Ramon Garcia Hirales of Mexico last October 8 in Bacolod City is considered one of the most under-rated Filipino world champions with a record of 29-1-3 with 16 knockouts.

He is 29 years old and is known as a disciplined and dedicated fighter from the famed ALA Gym. Negrense boxing champion Donnie Nietes will have his first title defense for his World Boxing Organization jr. flyweight belt on June 2 at either the Resorts World or Araneta Coliseum in Manila.

Michael Aldeguer, president and CEO of the ALA Promotions, told members of the press in Cebu that they are still finalizing the fight card and Nietes’ opponent, who will come from the top 15 fighters of the WBO in the 108-lb division, reports from the wires said.

Nietes earned the respect of the world boxing stage after dethroning former lightflyweight champion Ramon Garcia of Mexico by unanimous decision before a homecrowd at the University of St. La Salle Coliseum, October last year.

The pride of Murcia town and Bacolod City, Nietes said he will continue to give his best in every fight to give pride and honor to his province and be an inspiration to aspiring Negrense boxers.

Aldeguer earlier said ALA Promotions has always believed in Nietes’ potential to be a world champion and they will backed him up in his every fight.

Meanwhile, Aldguer said the continued success of the “Pinoy Pride” boxing series, a joint project of the ALA Promotions and ABS-CBN, prompted them to aim for bigger and better boxing events, starting with the Nietes fight.

”More world title fights and we will try to bring named opponents that fight fans are familiar with. It may not be easy and would cost much, but we owe it to the public for making Pinoy Pride what it is now, and we know the public will be expecting more from ALA Promotions and ABS-CBN,” Aldeguer said.

“We are looking into that direction of promoting more world titles fights in the Philippines,” he added.

Nietes, the only current world champion from ALA Promotions, last fought for over five months ago.

Either Rey “Boom-Boom” Bautista or world-rated Milan Melindo is fighting in the co-main event of one of ALA Promotion biggest events this year.

The choice depends on the result of ALA Promotions’ negotiation with the camp of Genaro “Poblanito” Garcia.*with a report from PNA

It has already been over five months since the momentous night when Donnie Nietes captured his second division world title after beating Ramon Garcia in his home province of Negros Occidental.

After winning the World Boxing Organization (WBO) light flyweight crown with a unanimous decision over Garcia at the University of St. La Salle Coliseum in Bacolod City on Oct. 8 of last year, the 29-year-old janitor-turned-boxer hasn’t seen any more action.

However, the long wait is finally over as Nietes is having his first title defense of the WBO light flyweight title in May, in a Manila card that would include either ALA
Gym stars Milan Melindo or Rey “Boom-Boom” Bautista.

“We are working on who his opponent would be but we still need the approval of the WBO,” ALA Promotions president Michael Aldeguer told Sun.Star Cebu. “Donnie’s opponent should be at the top 15.”

Despite the long layoff, Aldeguer believes that Nietes neither has ring rust nor needs a tune-up fight, because he has been working rigorously in the gym during his ring hiatus.

“A tune-up fight could be sometimes risky and cause an injury so we are going through with the title defense in May. Donnie is a disciplined fighter who always keeps himself in shape so there should be no problem,” said the Cebuano promoter.

Aldeguer said that the choice between Melindo and Bautista in the co-main event depends on ALA Promotions’ negotiations with former world title challenger Genaro “Poblanito” Garcia.

“It would be Boom-Boom if we get to finalize the negotiations for Garcia to fight him.

If not, then Milan will be in the undercard,” he said.

Bautista still has a score to settle with Garcia after a different Genaro Garcia was sent to the Philippines in the 25-year-old Boholano’s return to Bohol this month.

Instead of the Genaro Garcia who figured in three world title fights, the one sent here was a patsy with a 10-11 record and was knocked out by Bautista in the second round. 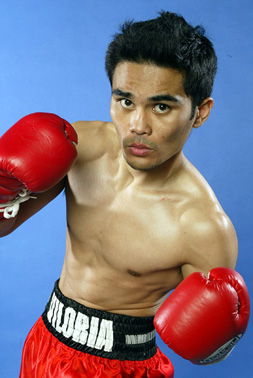