Rocky Martinez: “If you want to beat me, than you have to kill me, but to kill me you have to prepared to be killed in the ring too.”

Felix Verdejo: “In Muhammad Ali’s honor, I will give a great fight.”

JJ Martinez: “We will take that title to Mexico.”

Bob Arum: “We will probably have a bigger audience in China than all of the HBO fights for the last three years combined. We expect an audience of perhaps as many as 50 million homes will be watching the Chinese star Zou Shiming.”

The mild-mannered Zou Shiming, who weighs 110 pounds or so, seems too friendly to be a boxer.

But when he is in the ring firing off a series of staccato jabs and crosses, it’s easy to see why he is a two-time Olympic gold medal-winner and world champion.

China’s most famous boxer was at the bustling Mendez Boxing gym in Manhattan on Wednesday for a workout open to the media. The affable Zou and his wife, Ran Yingying, a star with Zou on a reality TV show in China, spoke to China Daily after the lively training session.

The flyweight Zou will make his first US ring appearance as a pro on June 11 in none other than New York’s Madison Square Garden.

“I think it should be a dream for all boxers to set foot in a world-class arena like this during their career,” Zou said. “I feel extremely excited. But I’m controlling my excitement, so I hope it could burst out when the fight starts on Saturday.”

“I feel he is really awesome,” his proud wife said. “His preparation, his conditioning and his cooperation with coaches – everything is awesome. He has been training so hard recently, I believe everyone will be able to tell from the fight on Saturday.”

Zou, 35, the World Boxing Organization International flyweight champion, will face a man slightly more than half his age in 19-year-old Jozsef Ajtai of Hungary. The non-title 10-round bout will be featured on the undercard of the Roman Martinez-Vasyl Lomachenko fight and televised on HBO.

“I believe he will be full of momentum, like a tiger coming down the mountain,” Zou said of his opponent. “But I’m also very well prepared.”

The appearance is a poignant one for Zou, who was saddened by the passing of Muhammad Ali on June 3. After all, it was the Garden where “The Greatest” had perhaps his most ballyhooed heavyweight fight, the 1971 classic against Joe Frazier.

“I hope I can pay a tribute to him with a nice victory on Saturday. I planned to go visit my idol Muhammad Ali after winning a professional bout. But now, I can only pray he is at peace in heaven and free from illness and pain,” Zou posted on his Weibo account last week.

Ali died at age 74 after a long battle with Parkinson’ s – a disease that Zou’s trainer, Freddie Roach, 56, has been coping with since he was 27.

Known for his work with Manny Pacquiao, Roach, whose roster of fighters also includes Miguel Cotto, Oscar De La Hoya, Bernard Hopkins and Julio Cesar Chavez Jr, has no plans to let up. He was in the Mendez ring with Zou on Wednesday, deftly deflecting Zou’s rapid-fire punches with training mitts. (Zou also parried with Zhang Chuanliang, his veteran Olympic trainer.)

A decade or so ago, Roach said Ali and his daughter visited Roach’s gym in Los Angeles unannounced. They discussed boxing and their treatment to reduce the symptoms of Parkinson’s.

“We got to know him pretty well,” Roach told The Associated Press. “He played jokes, he did magic, he hit the heavy bag, and the best thing for me was when he started hitting the heavy bag, his tremors went away and he had no problems at all, and it was like when I get in the ring and get on the mitts with the fighters and so forth, all my symptoms kind of go away so our comfort zone was similar.”

Zou’s last bout was in Shanghai, where he defeated then-unbeaten Natan Santana Coutinho of Brazil in an eight-round technical knockout for the WBO title on Jan 30.

A son of Zunyi, in Southwest China’s Guizhou province, Zou has a pro record of 7-1, with two knockouts. The lone defeat was to Thailand’s Amnat Ruenroeng on March 7, 2015, by unanimous decision.

Zou’s January fight in Shanghai was billed as “The Return of the King”, the second event in the Chinese League of Fists organized by his promoter Top Rank and SECA. It marked Zou’s return to boxing after the loss to Ruenroeng and was watched by an estimated 36.5 million in China.

“No matter what the final outcome, I must show Chinese athletes’ fortitude, courage and confidence to everybody,” he said. “China’s sports are under rapid development, so even in a sport we are not that good at, like boxing, we should have a place of our own.” 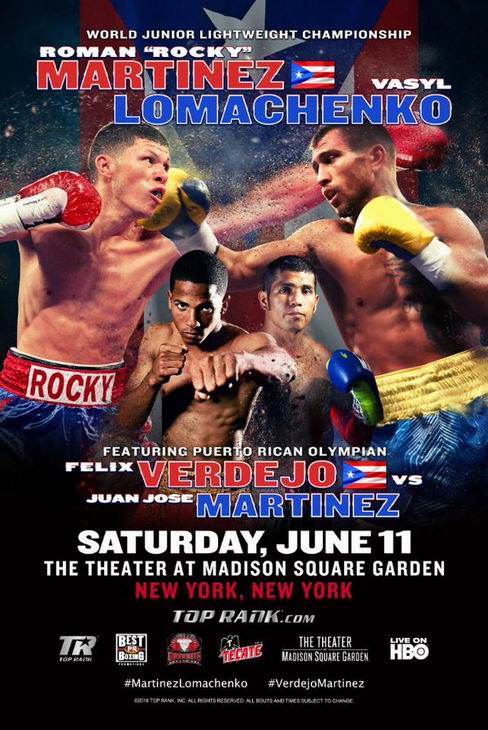