“This year I hope to become a world champion and for that I’m going to prepare hard. I’m returning on March 10th, on the undercard where Juanma Lopez fights in a rematch with Orlando Salido, and we plan to do well against this undefeated Filipino and with God’s favor we’ll win and go after a world title fight,” Gonzalez said. 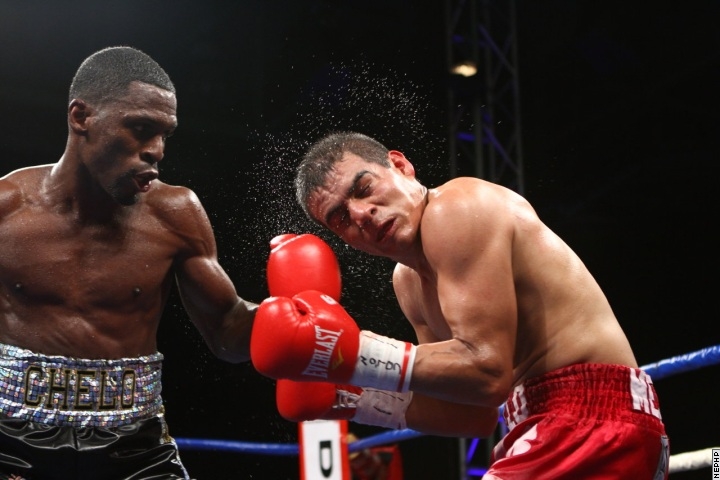 TOA BAJA, PUERTO RICO – José “Chelo” González and Manuel Alejandro Siaca picked up one-sided decision wins at the coliseum Antonio R. Barceló of Toa Baja, in a presentation by PR Best Boxing Promotions (PRBBP), in association with Top Rank. The fights were televised as part of the eight edition of “A Puno Limpio”

Chelo Gonzalez (18-0, 13 KOs) retained his Latino lightweight championship of the World Boxing Organization (WBO), with a ten round unanimous decision over Fernando Trejo (33-16-6 and 19 KOs). All three judges scores the fight 99-91.

WBO #8 lightweight Jose “Chelo” Gonzalez will face Eddie Soto in the 6th edition of the series “A Puño Limpio”, to be held September 2 at the Coliseo Ruben Rodriguez in Bayamon, in a PR Best Boxing Promtions (PRBBP) in association with Top Rank Inc., to be televised live on WAPA America. González (16-0, 12 KOs) will defend his WBO Latino Lightweight title in a 10 round fight against Soto, a fighter from Rhode Island with a record of 12-2, 4 KOs, headlining the new edition of the successful series “A Puño Limpio”. This will be the fourth bout this year for the 28-year-old Gonzalez.

Also former olympian McJoe Arroyo (7-0, 4 KOs) will be back in the ring in a six round 115lb bout. Arroyo hasn’t fought since January when he was cut in the mouth during his win over Eduardo Melendez. Another Former olympian, unbeaten heavyweight Carlos Negrón (13-0, 9 KOs) will fight for the fourth time this year in a six round bout.