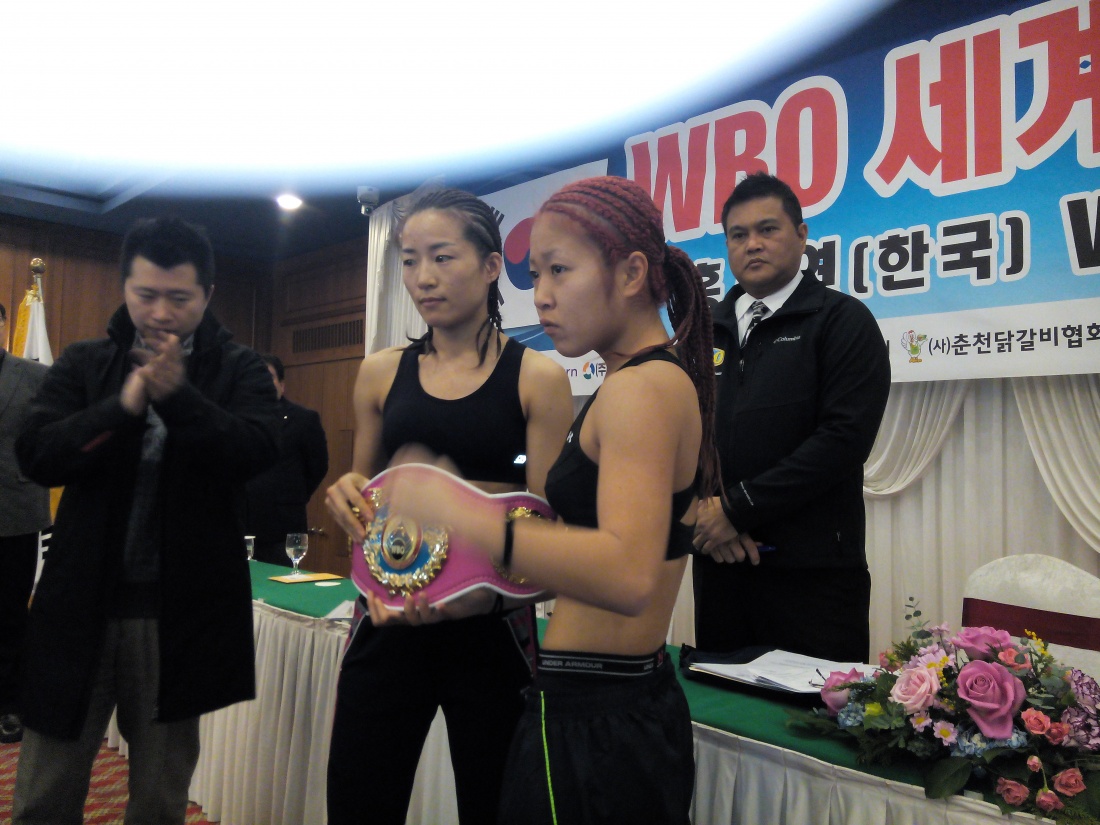 This is a highly anticipated face-off between the two undefeated lady boxers, with both media outlets from both countries giving attention to the fight.

Hong came in at 105 lbs, while Yamada was 103 lbs at yesterday’s weigh-in supervised by WBO Asia Pacific chairman Leon Panoncillo.

Third man on the ring is lawyer Danrex Tapdasan while judges are ABC-accredited Salven Lagumbay of the Philippines, Japan’s Katsuhiko Nakamura, and Korea’s Joong-Suk Kwon.