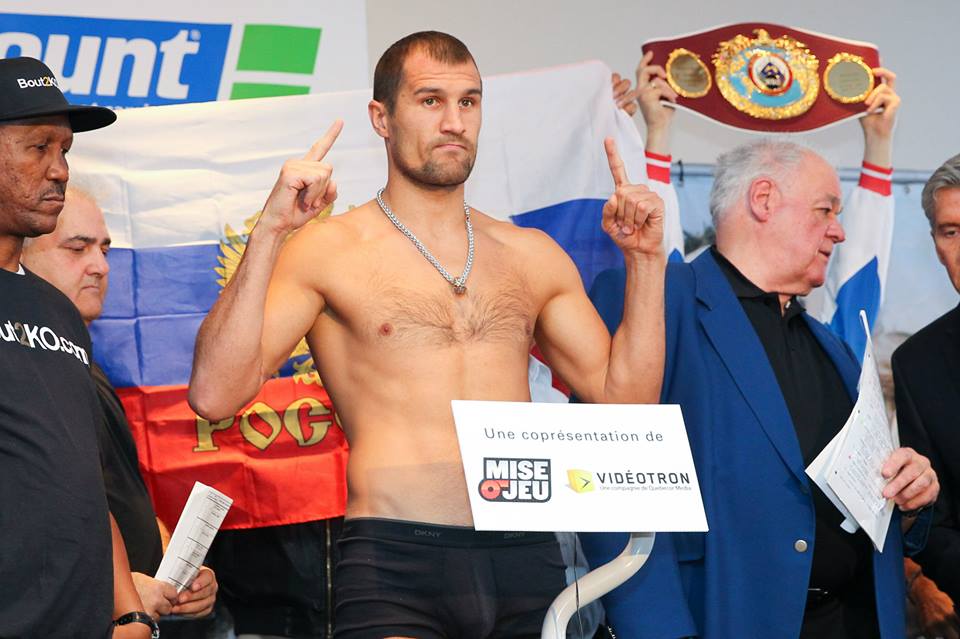 Russia’s Kovalev said on a conference call Thursday to promote his March 29 fight against American Cedric Agnew that he believes public pressure eventually will lead to a meeting between the light heavyweight champions.

“He will go to the fight because the public, fans and everybody wants this fight,” Kovalev said. “Everybody will push him if he doesn’t want this fight. In this year, we will fight, I’m sure.”

Among the “everybody” to which Kovalev referred are HBO Sports executives that aren’t likely to continue cutting sizeable checks for broadcast rights to Stevenson’s fights if he doesn’t agree to face Kovalev in what would be one of the most appealing clashes the network could televise this year. They’ll do so at least once more, though, as the Haitian-born, Quebec-bred Stevenson (23-1, 20 KOs) appears headed toward a May 24 defense of his WBC title against Chicago’s Andrzej Fonfara (25-2, 15 KOs, 1 NC) at Bell Centre in Montreal.

The 30-year-old Kovalev, meanwhile, wants to stay busy and defend his WBO light heavyweight title while waiting for a showdown with Stevenson.

Jolene Mizzone, matchmaker for Main Events (Kovalev’s promoter), said on the conference call Thursday that the unknown Agnew (26-0, 13 KOs) was the only available, ranked light heavyweight willing to face Kovalev (23-0-1, 21 KOs) for the money offered to participate in this HBO “Boxing After Dark” main event at Boardwalk Hall’s Adrian Phillips Ballroom in Atlantic City. Chicago’s Agnew, 27, is ranked No. 3 by the IBF and No. 15 by the WBO.

“As far as Stevenson [goes], I’m very confident we’re going to get that fight made,” Duva said. “Now we have to think about the one that’s in front of us.”

The Kovalev-Agnew fight will mark Kovalev’s third HBO appearance since Aug. 17. Stevenson’s fight against Fonfara will represent his fourth HBO bout in less than a year, a run that began with the strong southpaw’s stunning first-round knockout of former champion Chad Dawson (31-3, 17 KOs, 2 NC) on June 8 in Montreal.

Kovalev and Stevenson appear to be on a collision course, but Kovalev and his handlers are trying to remain patient.

“The bigger name fights take time to make,” Duva said. “That fight will get made. But our goal is for Sergey to stay active and Sergey’s goal is to stay active.”