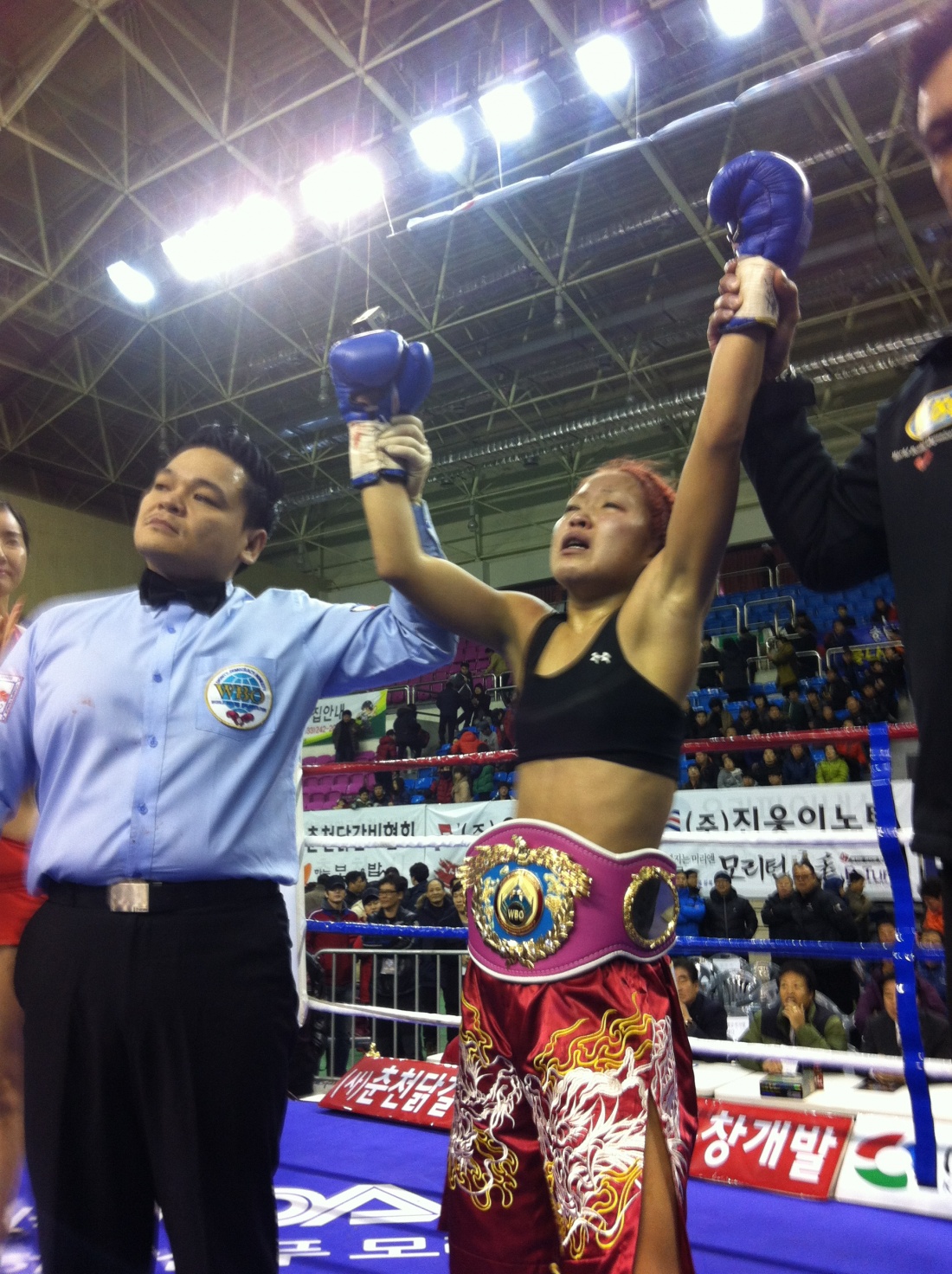 The shorter Yamada fought with laser-guided precision, sweeping the first three rounds to befuddle the taller defending champion who was heavily breathing starting in the second frame.

By the fourth, and egged on by hometown crowd, Hong upped his tempo a bit, making the fight exciting with both fighters taking and giving punches.

Yamada’s speed and volume-punching proved too much, however, as she cruised to a split decision victory.

Neutral judge Salven Lagumbay of the Philippines scored it 96-94 for Yamada, Japan’s Katsuhiko Nakamura saw it 97-93 for Yamada, while Korean judge Joint Sum Kwon had it 97-96 for Hong. The Korean judge scored three of the rounds a 10-10.

Referee Danrex Tapdasan observed that the defending champ Hong was already breathing heavily as early as the second round.

A possible rematch can be worked out, according to WBO Asia Chairman Leon Panoncillo who supervised the bout. Hong’s handlers own an option to Yamada’s next defense.

Yamada’s handlers, meanwhile, can also bid to hold the fight in Japan, which has recently affiliated itself to the WBO in a special ceremony last year with no less than WBO President Paco Valcarcel in attendance.

With the win, Yamada now boasts of 7 wins, no loss with 2 KO’s while the dethroned Hong tastes her first defeat against 9 wins.

NOTES: Former ALA fighter and RP champion Bart Abapo took time off from his job as a boxing trainer here to visit this writer and WBO chief Leon Panncillo and referee Tapdasan…Chuncheon is just two hours away from communist country North Korea…JBC’s Aaron Ning is probably the hardest-working boxing official in Korea…