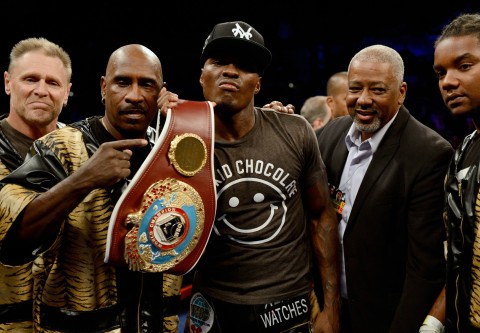 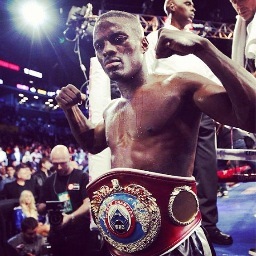 “I earned my belt and I don’t plan on giving it back until I retire,” Quillin said. “I’m going to win a few more belts for my collection, if any of the other world champions want to fight me on in a unification fight. My goal is to become the undisputed middleweight champion of the world but, first, I have to take care of business Saturday night against a hungry challenger.

“The big difference between me and Guerrero, though, is he wants to be famous and I just want to be the best middleweight in the world. Boxing is a struggle, like my well documented life, coming from such a negative environment. He’s a lot different than anybody I’ve fought, a different challenge I want to get past. I take nothing away from him but, he knows what it feels like to lose. I’m 28-0, never been beaten, and I’ve challenged myself to stay unbeaten.”

Guerrero has defeated current International Boxing Federation (IBF) junior middleweight champion Ishe Smith, as well as notables such as Juan Carlos Candelo, Saul Duran, Ossie Duran and Gabriel Rosado. Two years ago, though, the left-handed Dominican was stopped in the fourth round by then 40-year-old Grady Brewer.

“Guerrero is a tough kid with some skills who can box a little,” Quillin’s head trainer, Eric Brown, recently remarked. “He’s like any other guy we fight – we take ‘em serious and don’t play ‘em. We’re preparing to fight this guy at his peak, ready for him to bring his best.

“Anytime a guy goes from contender to champion, like Peter, his confidence is higher. He feels good about himself. People start calling him champ, recognizing him as a champ, and that boosts his enthusiasm. But I think it’s more difficult defending than winning a world title. Once you win it, you’ve got to prove it wasn’t a fluke. Peter will prove that he’s even better than when he won the title.”

“Me and my partner, Jimmy McDevitt, are very excited about Peter’s first title defense,” Quillin’s co-manager John Seip added. “He’s developed a different mindset going from contender to world champion. Insecurities and confidence issues are erased as champion. He’s a much more dangerous fighter as a title holder. The world championship belt is something all fighters train for and dedicated their lives to. He is much more aware of this and takes nothing for granted.

“This is the second phase of Peter’s career. The hard part has just started and there is no room for complacency. Peter isn’t satisfied with winning the world title; he wants more. We’ve been with him since day one and we’ve never seen a more confident, determined young man. He sincerely believes he is fulfilling his destiny, which is very difficult to beat. I hope Mr. Guerrero has prepared himself for a war. This should be an exciting fight….don’t blink!”