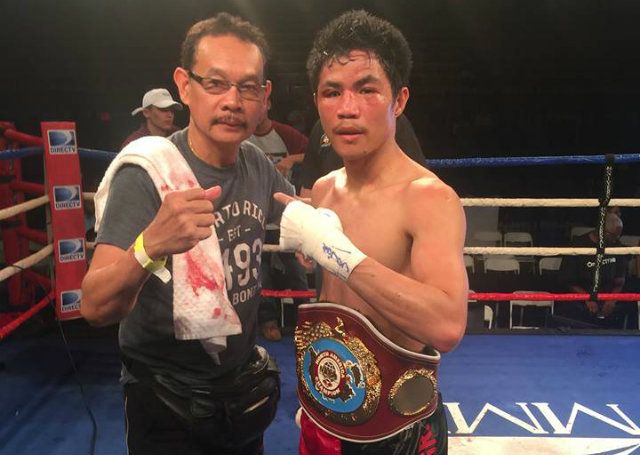 Alvarez scores a 6th round technical knockout over the former amateur star in Puerto Rico to earn the biggest victory of his career.

Alvarez (15-1-1, 7 knockouts) of General Santos City, Philippines knocked Gonzalez (18-2-1, 12 KOs) down in round two before a combination put him down for the last time 4 rounds later, Alvarez’s trainer Nonito Donaire Sr tells Rappler.

The win earned Alvarez the vacant WBO NABO and WBC FECARBOX flyweight titles, regional belts which could position Alvarez for a world ranking with those organizations.

Gonzalez, a former amateur star in Puerto Rico, had been unbeaten in his last 6 fights following his lone career defeat, a fourth round knockout loss to former champion Giovani Segura in 2013.

Alvarez, 26, had shown hints of his potential in his previous fight in December of 2014, when he went the distance with WBO/WBA flyweight titleholder Juan Francisco Estrada in a non-title fight.

Donaire Sr says Alvarez’s promoter All Star Boxing has plans of putting Alvarez on a fight card on July 9 against an opponent to be determined. 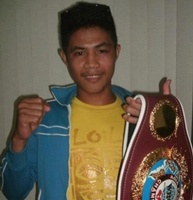 The Palicte vs Rodriguez undercard bouts gives hard core fight fans a chance to size up other prospects.

Jerwin Ancajas (13-1-1, 5 KOs) will fight John Mark Bautista (10-6-1, 4 KOs) in a 10-round super flyweight match. Ancajas will be eager to bounce back after he suffered his first defeat in a tough majority decision loss to another talented prospect, Mark Anthony Geraldo last March in Cebu.

A special attraction will be the fight between the young and unbeaten Joebert Alvarez (10-0-0, 4 KOs) against the tough veteran Nelson Llanos (22-28-3, 9 KO’s). Alvarez was one of the standouts in the boxing reality show “Buhay Boksingero”.

This boxing event will be covered by GMA TV Network. General admission for this event is FREE TO THE PUBLIC.

P.S.: Philboxing offers prayers for our countrymen in Metro Manila and surrounding provinces hit by non-stop rains and floods.