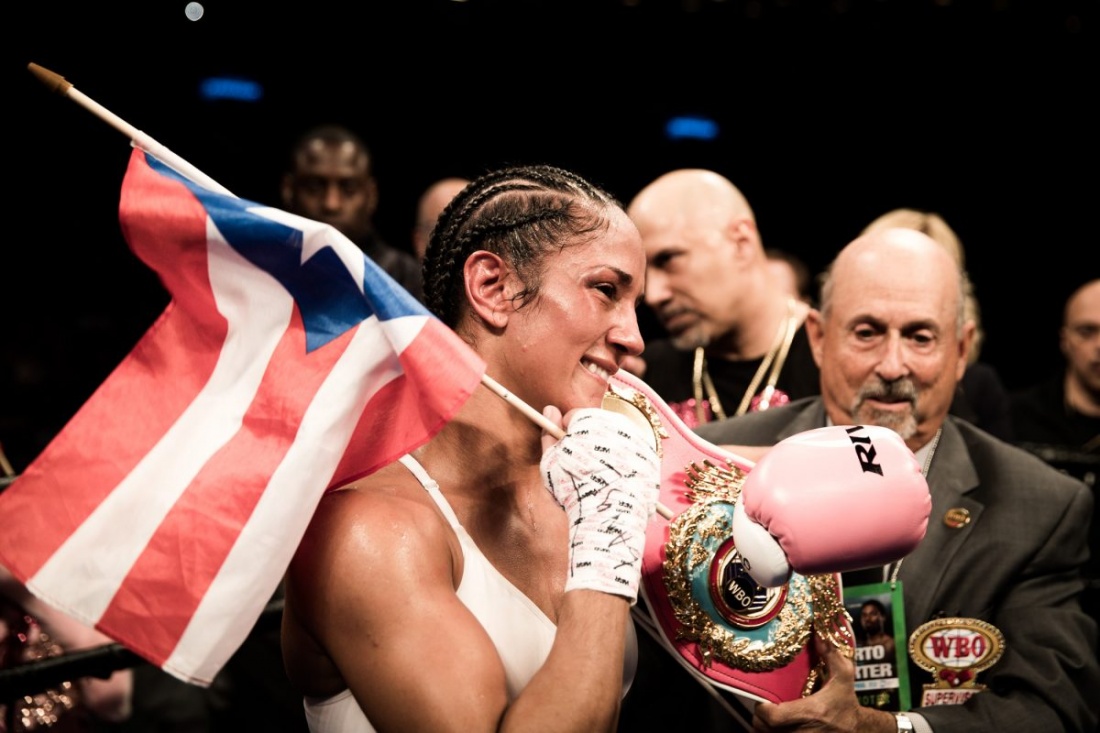 Serrano (32-1-1, 24 KOs) was dominant during the scheduled 10-round bout. Referee Benjy Esteves eventually had seen Santana take too much punishment and stepped in to stop the fight, with Santana on her feet, at 1:14 of the eighth round.

“It means everything to me,” a crying Serrano told Showtime’s Jim Gray in the ring after her win. “I worked so hard for this. … To be the first female and the first Puerto Rican to do so, I’m so proud to be a Puerto Rican. … I’m the happiest woman alive.”

Serrano spent much of the fight landing power punches to the wild-swinging Santana’s head. Serrano noticeably hurt the Dominican Republic’s Santana with a right-left combination and a body shot during the seventh round.

Serrano got a little reckless in the fourth round, which allowed Santana to stun her with a left hook. Serrano regained her composure quickly, though, and continued connecting to Santana’s head.

Esteves deducted a point from Santana later in the fourth for excessive holding. A ringside physician took a close look at Santana following the fourth round, but allowed her to continue.

The taller, stronger backed up a game but overmatched Picot throughout their fight, but didn’t knock him down.