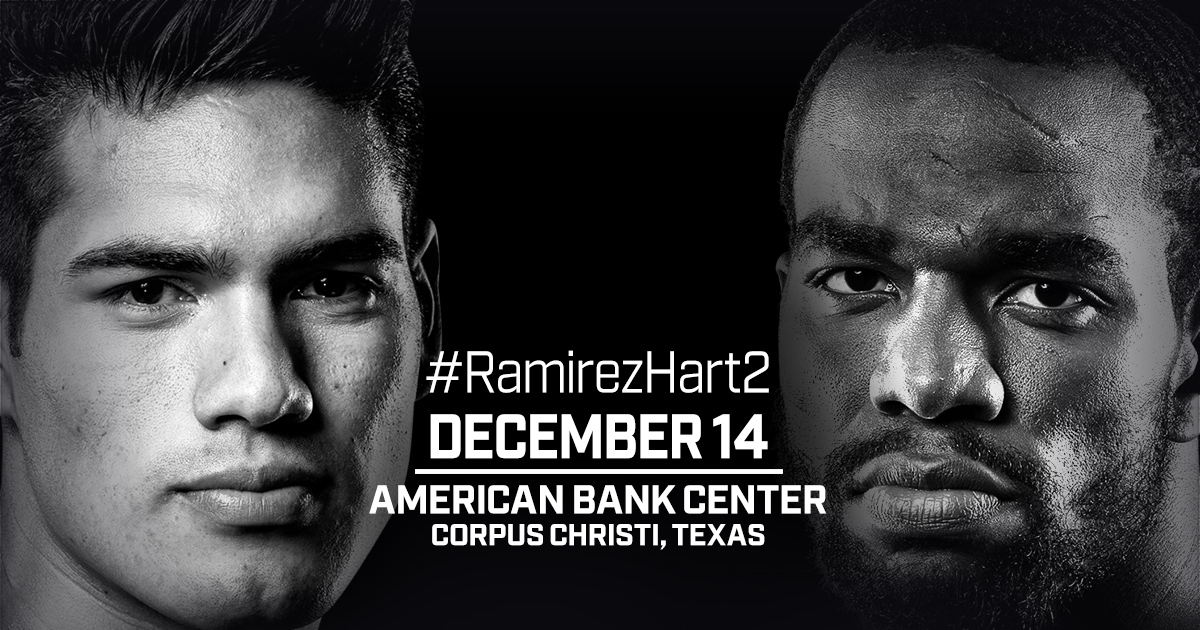 It was one of the best fights of 2017. WBO super middleweight world champion Gilberto “Zurdo” Ramirez had Jesse “Hollywood” Hart down and nearly out in the second round, only for Hart to come back with a furious late-rounds rally. Ramirez ultimately prevailed via unanimous decision that September evening in Tucson, Ariz., but Hart, the Philadelphia native with the legendary last name, had rematch on his mind immediately after the decision was rendered.

His wish has finally come true.

Ramirez will make the fifth defense of his world title against Hart, Friday, Dec. 14 at the American Bank Center in Corpus Christi, Texas. Ramirez-Hart 2 and a soon-to-be announced co-feature will stream live and exclusively at 10 p.m. ET on ESPN+ in the United States— the new multi-sport, direct-to-consumer subscription streaming service from The Walt Disney Company’s Direct-to-Consumer & International segment in conjunction with ESPN. The entire undercard will stream live on ESPN+ beginning at 6:30 p.m. ET.

“This will be a good fight. I feel better prepared than the first time and even more convinced that I will finish him,” Ramirez said. “I’ve always said that I wanted to be the king of the division. I’ve been waiting for unification fights, and I’m still patient. I’m at my best, and against Hart, I want to show why I’m the best.”

Ramirez (38-0, 25 KOs), the first Mexican-born super middleweight champion, will be defending the title he won from Arthur Abraham via shutout decision on April 9, 2016. A hand injury put Ramirez on the shelf until April 22, 2017, but he didn’t miss a beat, dominating Max Bursak en route to a unanimous decision victory. In his most recent outing, June 30 in Oklahoma City, Ramirez used his boxing skills to win a unanimous decision against Alexis Angulo. Ramirez, from Mazatlán, Sinaloa, Mexico, is a nine-year pro who is no stranger to Corpus Christi. He headlined a show at the American Bank Center on Feb. 3, knocking out the previously unbeaten Habib Ahmed in the sixth round to retain his title.

Hart (25-1, 21 KOs), the WBO No. 1 contender, is a former amateur standout, winning the 2011 National Golden Gloves and U.S. National championships at 165 pounds. A 2012 U.S. Olympic alternate, Hart turned pro in 2012 and won his first 22 bouts prior to challenging Ramirez. Hart last fought as the ESPN co-feature Aug. 18 in Atlantic City, battering Mike Gavronski en route to a third-round stoppage. After more than a year of calling out Ramirez for a return match, Hart has his shot at redemption. A proud native of Philadelphia, Hart is the son of Eugene “Cyclone” Hart, a feared middleweight contender in the 1970s who never received a world title shot. With Eugene Hart in his corner as head trainer, Jesse Hart will seek to bring a world title home to the City of Brotherly Love. 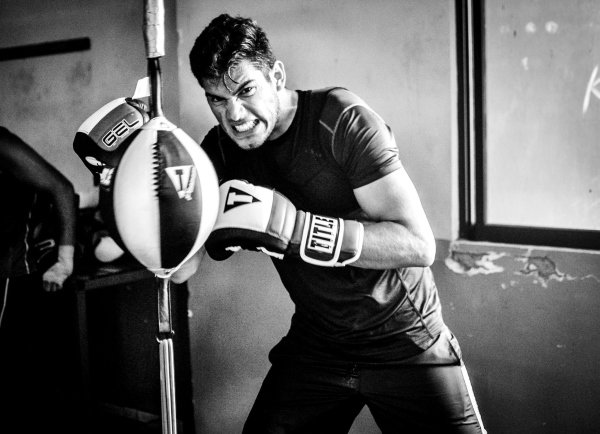 MAZATLAN, Mexico – The super middleweight world champion of the World Boxing Organization (WBO), Gilberto “Zurdo” Ramirez, will travel to Los Angeles, on Sunday, where he will continue the training camp for the second defense of his title against undefeated American Jesse ‘Hard Work’ Hart.

The Ramírez vs. Hart showdown will be held on September 22 in Tucson, Arizona. Which leaves a space of two months, enough time for Ramirez to reach the level required for a world championship fight.

“The strongest stage of preparation has already arrived, to travel out to Los Angeles to start [the full camp]. I am very focused on this fight and the truth is I am very motivated by the opponent. I hope give the fans a good spectacle and I hope that Hart comes out to fight, as we are Mexicans.” Both boxers will stake their undefeated records. The champion marches in with a record of 35 wins with 24 knockouts, while his challenger has 22 wins with 18 knockouts.

From the moment the contest was confirmed, Ramirez and his team went to work and made a game plan focused on what they know and what they have seen from Hart. They want to prevent Hart from using his style of evasive boxing – which they believe he uses to slow down the pace of his fights and avoid any toe to toe contact.

“We have studied him for two years. We have followed him during his trajectory and we have been looking at the progress that he’s had. He is a fighter that stays away a lot from his opponent. He doesn’t box in there – he runs. We already have the plan set down. We’re working on it and the fight is going to be interesting because of the size of both of us… he’s tall, so am I, so he won’t be able to run,” Ramirez said.