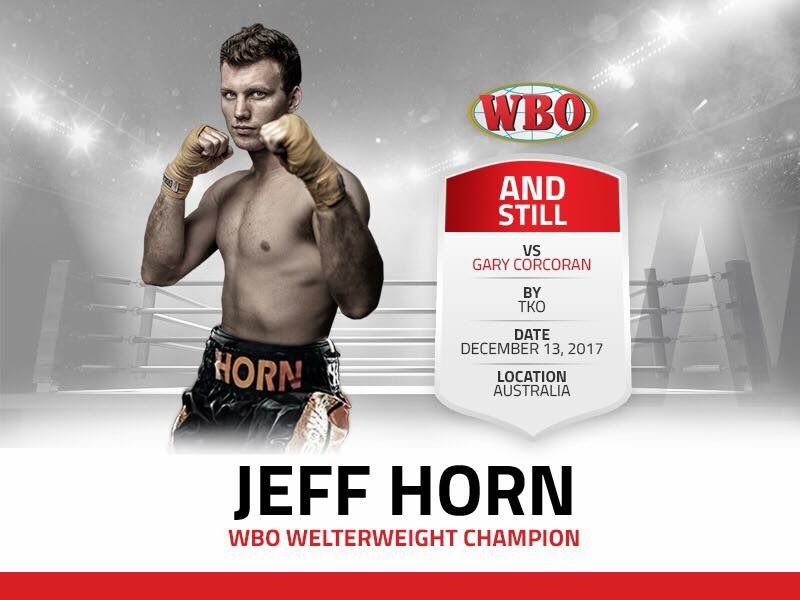 Unbeaten WBO welterweight champion Jeff “The Hornet” Horn (18-0-1, 12 KOs) retained his title with a hard fought eleventh round TKO over #10 rated Gary Corcoran (17-2, 7 KOs) on Wednesday night at the Brisbane Convention Centre in Brisbane, Queensland, Australia. It was a competitive fight early. Horn was cut over the left eye in round six. Corcoran was cut over the left eye in round eight. Horn took over down the stretch and referee Benjy Esteves waved it off at 1:35 the eleventh round due to the condition of Corcoran’s eye.