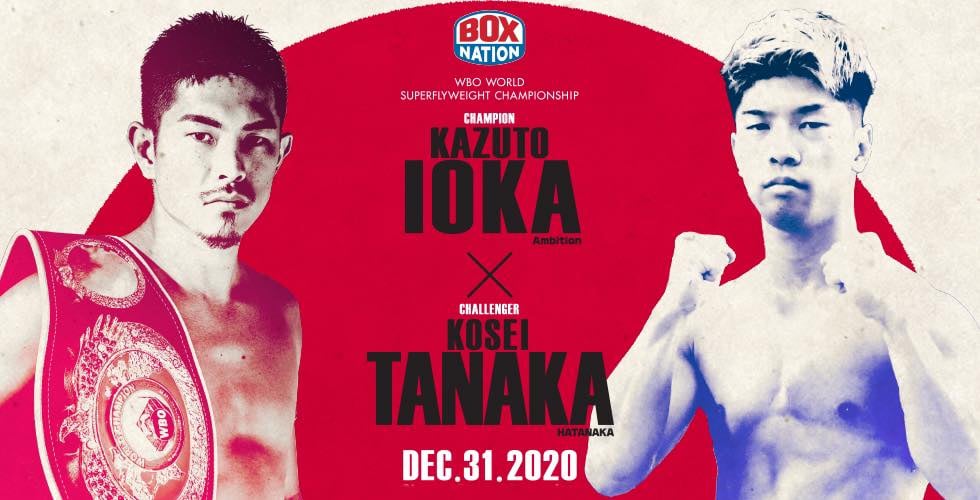 The bout, which will be aired live from Tokyo, will have English language commentary provided by the fantastic Corey Erdman.

For US fans there is still no confirmed TV deal, but for British fans this gives them an English language option to go alongside the Japanese option given by TBS. 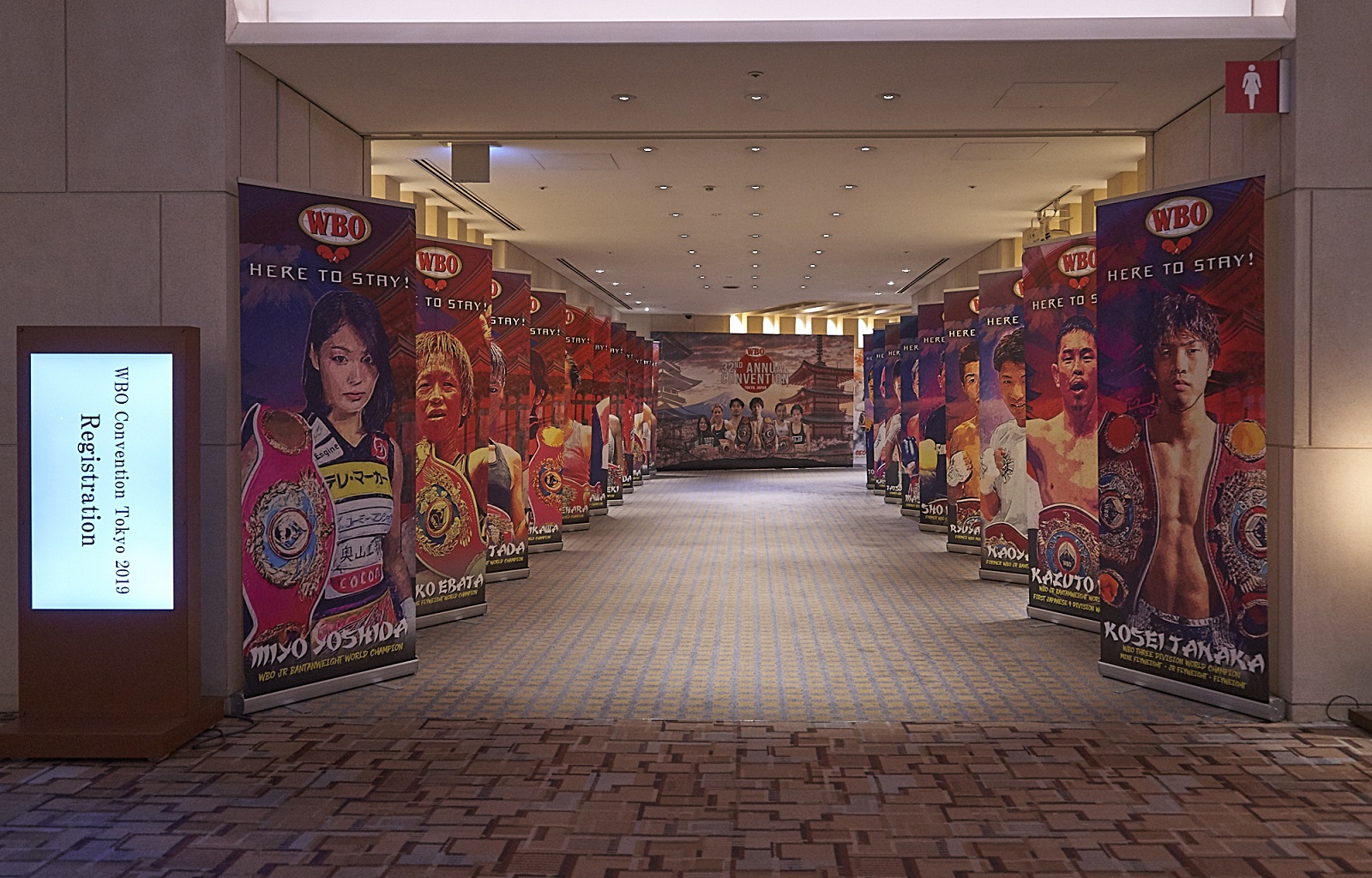 A busy Day 1 at the 32nd WBO Convention in Tokyo, Japan

Tokyo, Japan – The 32nd annual WBO convention officially began yesterday at the luxurious Tokyo Dome Hotel with the first day packed with meetings and other activities.

On safety issues, the priority of this convention:

“The doctors in the ring have to be prepared for the possibility of a fighter being seriously injured, including the possibility of brain damage. Sometimes the supervisors don’t know about medical procedures and doctor specialized care for these situations”, WBO President Francisco Valcárcel, Esq, said. “Supervisors should work to enforce our rules. Sometimes the doctor is a general practitioner. Sometimes they don’t know or ask about the distance from the fight venue to the hospital or if the hospital have a neurologist or neurosurgeon available that night. Not everybody can be a supervisor or a doctor in a boxing match.”

“If you’re dealing with boxing, the best doctor to work a fight should be a neurologist or neurosurgeon,” Valcárcel added.

WBO Legal Advisor Andre Horn stated: “It’s clear we are not here to run the show in a boxing event but to enforce the WBO rules. We want to protect not only the WBO fighters but all fighters. We are all brothers.”

“We have been working on that fight. Inoue got a contract to fight in America with Top Rank. Manny Pacquiao is Casimero’s promoter. He’s very close to WBO too. Before the fight between Tete and Casimero, I talked to Casimero’s team, Frank Warren, Team Tete, Bob Arum and Manny Pacquiao to make the unification fight with Inoue possible early next year. Inoue is in an elite position and needs elite fights. And I can assure you that if something happened during this convention, I can give you the date of the fight this week. Carl Moretti, VP of Top Rank, and Sean Gibbons, representing Casimero’s team are here in Tokyo. For sure they will start a conversation for that fight. It will be a tough fight for both. We are talking about two elite fighters.”

The night concluded with a Welcome Cocktail Party for all members and participants at MLB CAFÉ (Tokyo Dome City). 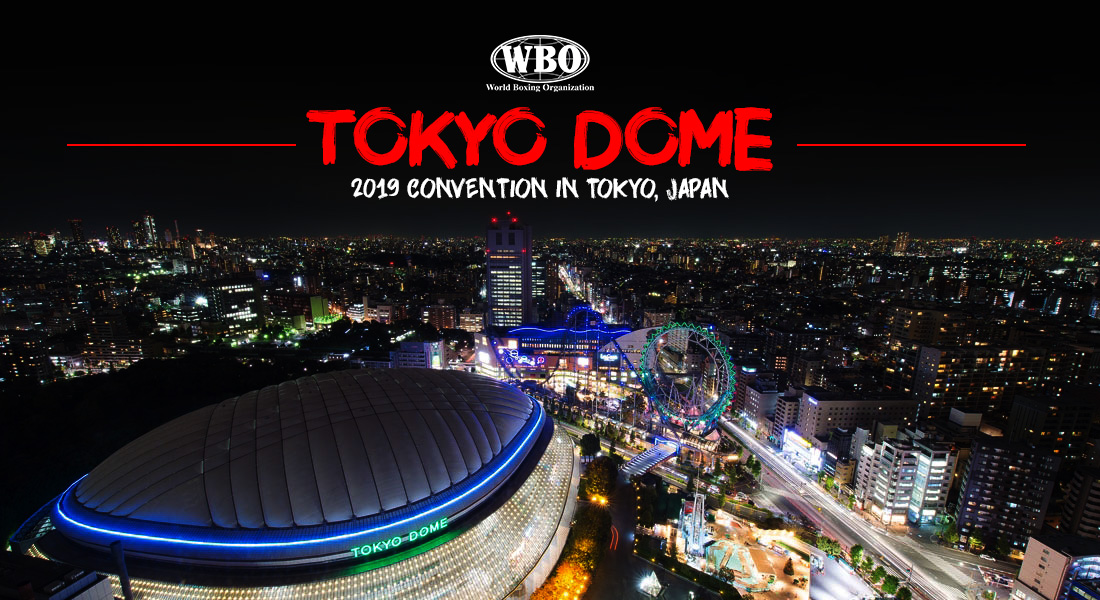 The World Boxing Organization (WBO) will hold its thirty-second annual convention in the city of Tokyo, Japan, from December 2 to 5, 2019.

The convention will also include judge and referee seminars, committee reports, and an awards gala. Various topics will be discussed, many related to fighter safety, global regulations, and classifications, among other topics. 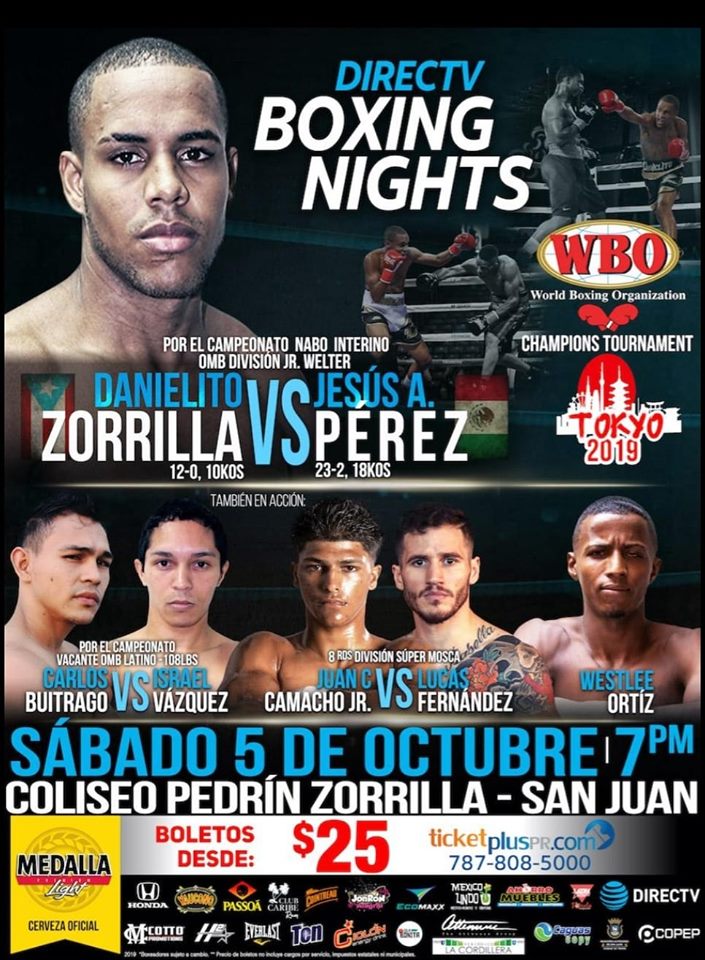 Boxing event on Saturday October 5 when Miguel Cotto Promotions and H2 Entertainment present with DIRECTV the special edition of the “WBO: Champions Tournament” in a great event that will serve as a prelude to the 32nd convention to be held in Tokyo, Japan later in December 2019. ( Convention Information )

Top prospect Danielito Zorrilla will headline to go for his first title against the dangerous Mexican Jesus Pérez (23-2 with 18 KO’s) for the Interim WBO NABO Jr. Welterweight.

Zorrilla vs. Perez will be the main event of the successful series DIRECTV Boxing Nights and will be live from the Pedrin Zorrilla Coliseum in San Juan. The event will go exclusively to all DIRECTV customers in Puerto Rico through OnDIRECTV, channel 161.

This super card will also feature a second title brawl when Nicaraguan Carlos ‘El Chocorroncito’ Buitrago (31-5-1 with 17 KO’s) faces Israel Vázquez (10-3-1 with 7 KO’s) for the vacant Latino championship of WBO at 108 pounds.

Buitrago is a veteran who has four world championship fights in his resume and comes from a very close setback against world class contender McWilliams Arroyo during his 112-pound experiment last June.

In addition, the event will include the promising Juan Carlos ‘El Indio’ Camacho (11-1 with 6 KO’s) in duel with the Argentine Lucas Fernández (12-2-1 with 9 KO’s), which is scheduled to a maximum of 8 rounds at 115 pounds and that will serve as an opening bout for the exclusive transmission of the event.

“We are very excited about this great event dedicated to the fans and that serves as a prelude to the 32nd convention of the WBO in December in Tokyo, Japan is a great initiative of Paco and the WBO for boxing, the fans are going to enjoy we are honored to be part of this great tournament,” said Héctor Soto, vice president of Miguel Cotto Promotions and H2 Entertainment.

“The WBO: Champions Tournament is an excellent opportunity for quality and rising fighters to face each other,” said Francisco ‘Paco’ Valcarcel, the president of the World Boxing Organization.
“This is the first test for Danielito Zorrilla, who is probably one of the best three prospects coming out from Puerto Rico. And starting with this kind of fight gives brightness to the tournament,” said Valcarcel.

“Danielito Zorrilla goes to a great test against Jesus Pérez. He is a young tough Mexican this fight promises fireworks, and even more is for NABO interim championship of the WBO in the beginning of this exciting champion’s tournament, this is great for boxing!. In addition, the clash of Buitrago vs. Israel Vazquez promises great action clash and, as if that were not enough, we will have the fight of “Indio” Camacho vs. Lucas Fernández, who also promises a lot of fist flying around. On October 5 at the Coliseíto Pedrín Zorrilla will host a great night with the kind of competitive fights that the fan can’t miss”, said promoter Miguel Cotto. 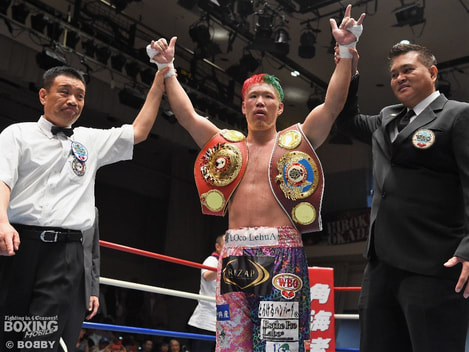 The challenger looked determined and confident to begin with, as he tried to fight behind his jab and straight right hand. Despite that confidence it was Fujimoto who took the opening round with his power, speed and variety out shining the simple work of the challenger. The work rateof Fujimoto picked up round by round and after 4 rounds, when the score cards were announced, he was leading 40-36 on all 3 cards.

Fujimoto began to up his output again in the middle rounds, and forced Russell on on to the back foot more and morem forcing him to shell up more. With his pounches flowing at the start of round 7 Kyotaro forced Russell’s corner to throw in the towel and save their man from taking further punishment. 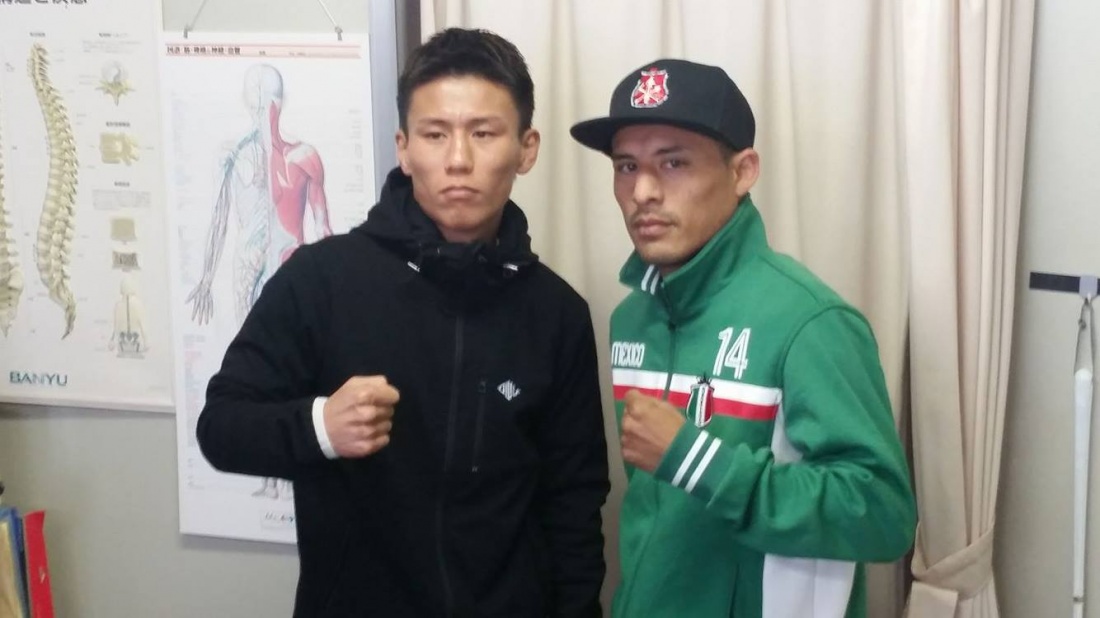