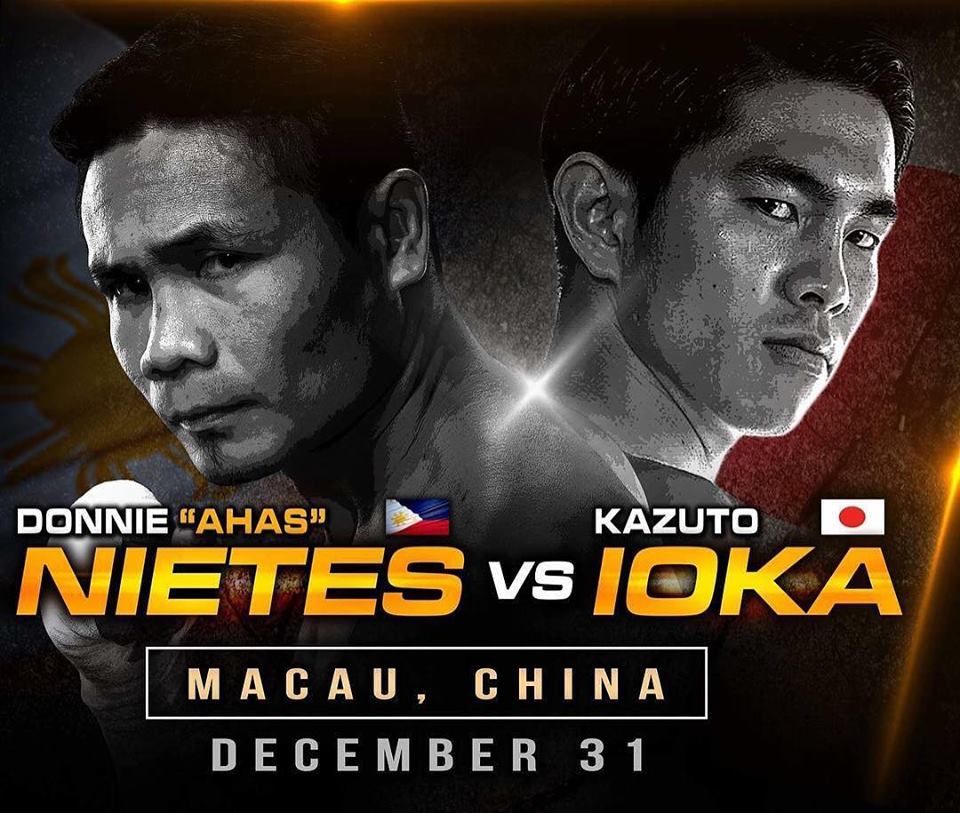 Inducted into the World Boxing Hall of Fame in 2006, Robert Byrd was the third man in last year’s blockbuster tiff between Floyd Mayweather Jr. and Conor McGregor.

It will be the fourth time that the WBO assigns Byrd as a referee in a Donnie Nietes (41-1-5, 23 KO’s) world title fight. In 2011, he was the third man in Nietes-Garcia Hirales in Bacolod; and in 2014, Byrd worked again as the referee in Nietes-Fuentes II and also in the Nietes-Velarde rumble.

However, it will be the first time that the well-known Byrd works in a fight of Kazuto Ioka (23-1, 13 KO’s), one of the most popular boxers in Japan today.

In addition to being the third man for the Donnie Nietes-Kazuto Ioka clash, Robert Byrd will also work as the referee in the fight of Hong Kong rising-star Raymond Poon Kai Ching (6-1, 3 KO’s) as the hard-hitting 22 year-old 108-pounder battle for the vacant WBC ABCO Light Flyweight title.

Finally, the fight supervisor for the Donnie Nietes vs Kazuto Ioka rumble will be WBO Vice President Leon P. Panoncillo Jr., of Hawaii; while the ringside judges will be: Levi Martinez of New Mexico, Patricia Morse Jarman of Las Vegas and Samuel Nieto of Panama.