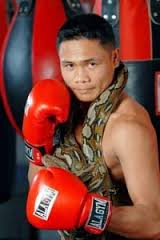 Aldeguer spoke to the Manila Standard following his return from the United Arab Emirates, along with vice president Dennis Canete and ABS-CBN Sports Peter Musngi, who joined them in Dubai for a series of meetings with officials of The Filipino Channel, headed by Maribel Rodriguez and various events specialists.

The Dubai fight card is just one part of the exciting expansion plans of ALA Promotions, in partnership with ABS-CBN, which will also see fight cards  promoted in the United States sometime next year.

Musngi told Manila Standard that “more venues are available in September,” and that was the reason for not pushing the title fight to October when “lots of things are happening.”

With the large Filipino community in Dubai, who have enjoyed the highly successful “Pinoy Pride” series telecast live on The Filipino Channel of  ABS-CBN, Musngi said: “The prospects are great.”