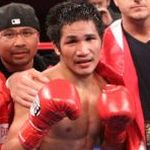 “Porras is on fire of late going undefeated since 2008,” said Gary Shaw. “He’s been fighting at an incredible level over the last four years and he’s ready to make a statement against Nieves. I expect a great performance from him on December 7th.” Porras is riding a 15-fight winning streak, knocking out over half of those opponents during this remarkable stretch. A win against Nieves will get him closer to a world title shot. “I’m ready to represent my country of the Philippines when I fight for the second time the United States,” said Glenn Porras. “I feel my career is about to take off with my promoter Gary Shaw. Together I know we can go far. I’ll be ready for a world title shot in 2013”