Glowacki: I love to train in NYC 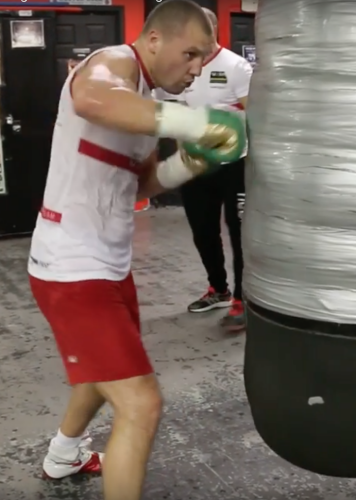 WBO cruiserweight champion Krzysztof “The Head” Głowacki (25-0, 16 KOs), who this Saturday will defend his title vs. former IBF champ Steve Cunningham (28-7, 13 KOs) at Barclays Center (live on NBC, 8.30 PM), has already for more than a week enjoyed training with his team in New York City.

“I love to work out at Gleason’s Gym. So many rings, champions working next to real fans – the atmosphere is fantastic. Everyone is so friendly, there’s no animosity because I’m fighting one of their own!” said Glowacki, who after a sensational knockout against Marco Huck in one of the best fights of 2015, expects to do the same against Cunningham. “Right now we’re just working of making me as optimally prepared for Saturday as possible, building energy that has to explode in the ring. There’s no doubt in my mind, just like there was none before I grabbed the title away from Marco Huck. I will stay world champion!”