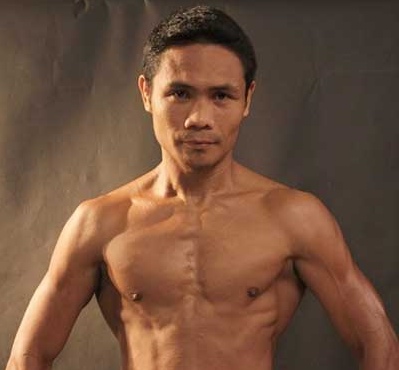 Manny Pacquiao, leads the cast of international and Philippine champions in the 14th Gabriel “Flash” Elorde Memorial Awards on March 25 at the Harbour Garden Tent of the Sofitel Hotel.

In 2013, Nietes defeated two Mexicans to  retain the WBO light flyweight title he wrested from Ramon Garcia Hirales of Mexico at the La Salle Coliseum in Bacolod on Oct. 8, 2011.

His first defense was a majority decision over Moises Fuentes on March 2 at the  Cebu City Waterfront Hotel while his second defense was a convincing third round knockout of Sammy Gutierrez on Nov. 30.

Nietes got his nickname ahas when he was a utility boy at the ALA Gym. One of his daily chores was to clean the snake pit with five big pythons and he was the only man with the guts to do it. One day, one of snakes laid 11 eggs but only one survived. Donnie took care of that snake and gained the nickname ahas.

Nietes retained his WBO light flyweight title via unanimous decision over Felipe Salguero in the main event of Pinoy Pride XIV at the Resorts World Hotel and Casino in Pasay City.

The 31-year-old Nietes notched his 30th win against one loss, to go along with three draws with 16 knockouts.

Elorde is the first Filipino to be inducted into the  International Boxing Hall of  Fame with his record-setting seven-year reign as world junior lightweight champion from 1960 to 1967.

Johnriel Casimero, who turned 24 on Feb. 13, retained his IBF light flyweight crown thrice, twice in 2013 when he scored a unanimous decision over Luis Alberto Rios of Panama in Panama City on March 16. He  finished the year with an  11th round TKO of Felipe Salguero also of Panama in Makati on Oct. 26.

Sabillo launched his campaign on the world stage last year by winning the interim WBO minimumweight title and defending it twice, the last with a draw to finish the year with a 23-0-1 record, seven by knockout.

The 24-year-old from Toboso, Negros Oriental, wrested the WBO minimumweight crown with an eighth round stoppage of Luis dela Rosa of Colombia on March 9 in Cerete, Colombia. He retained the title via a ninth round TKO of Jorie Estrada also of Colombia on July 13 and a split decision over Carlos Bultrago of Nicaragua on Nov. 30 at the Araneta Coliseum.

Donaire started 2013 with a loss where he ceded his WBO title to Guillermo Regondeau on April 13 in New York City.He came back on Nov. 9 to make up for that loss and proclaim he is back on the world stage with a ninth round stoppage of old nemesis Vic Darchinyan in Texas.

Pacquaio, champion in eight different divisions at the height of his ring career, will not receive an award, having received the highest award, an induction into the Elorde Hall of Fame.

Instead he will be in attendance to head the elite Elorde Banquet of Champions which will include world, international and Philippine champions, with the Elorde family as host.

The Elorde clan is presenting the annual Elorde awards in celebration of the 79th birth anniversary of the boxing legend. His wife Laura will lead the award presentation.