Lomachenko Will Root For Salido To Beat Vargas – Then Revenge 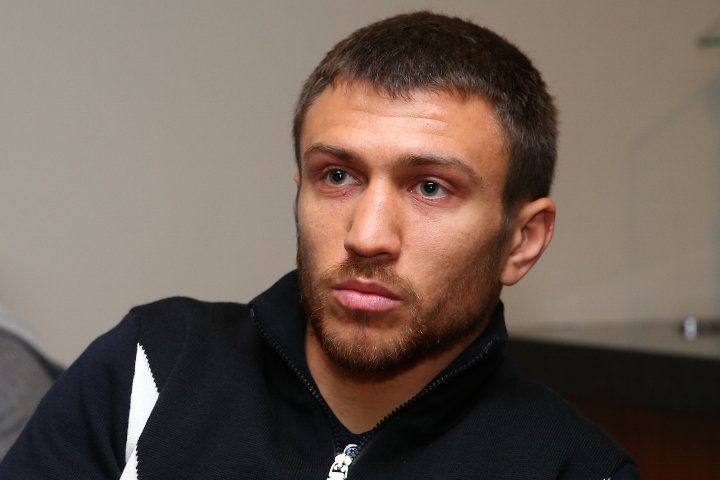 New York – For a boxer who is officially taking part in his 7th pro fight, there are a lot of story lines for Vasyl Lomachenko (5-1, 3KOs). On June 11th, he has the opportunity to become a two time two weight division world title should he defeat Roman ‘Rocky’ Martinez.

The highly decorated amateur could foresee himself winning titles up to 147 lbs. That would almost certainly pave a way to Canastota and the Boxing Hall of Fame. Those are fights that Lomachenko isn’t particularly focused on but would welcome the praise if so.

“I’m going to be proud to make records in the history book as an athlete its very very important,” Lomachenko told BoxingScene.com. “I never thought about become a hall of fame fighter but If people choose me to be there, it would be an honor.”

True to the form of a fighter, Lomachenko still dawns on his first and only pro loss to Orlando Salido in 2014. In a fight where Salido failed to make weight and rehydrated to a welterweight, the contest saw the Mexican slugger fight his way to a foul-filled twelve round split decision victory.

Salido would then move up to 130-pounds, while Lomachenko pursued his goal of winning a world title at 126 – which he did one fight later with a majority decision win over Gary Russell Jr.

On June 4th at the StubHub Center in Carson, California, Salido will challenge undefeated Francisco Vargas for the WBC super featherweight championship.

Lomachenko plans to sit ringside that night, with the hope that Salido comes through with a big title win. The two-time Olympic gold medal winner hopes to rematch Salido in a year-end unification.

“It gives me a lot of motivation, Lomachenko said. “I’m going to be cheering for Salido to make sure he wins so I can get my revenge.”