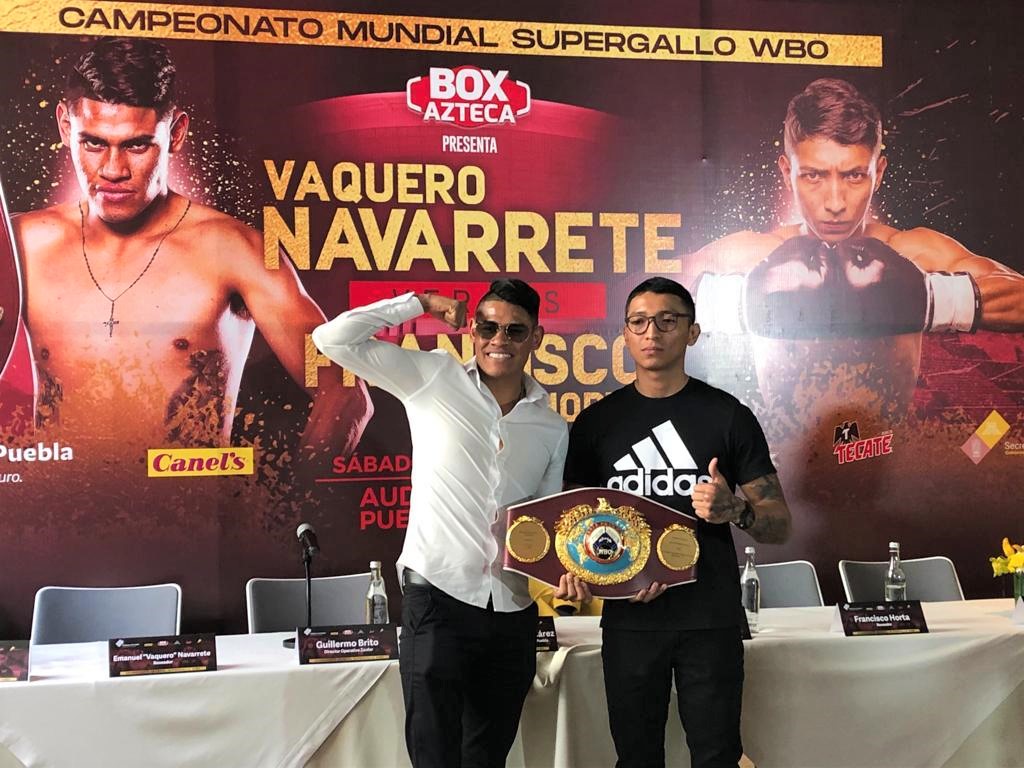 It’s official. WBO Jr. Featherweight world champion Emanuel “Vaquero” Navarrete, one of the most exciting fighters in boxing, will be making his third defense in five months on December 7 at the 10,000+ seat Auditorio GNP Seguros in the city of Puebla (about two hours east of Mexico City). Navarrete (29-1, 25 KOs) will defend against WBO #13 rated Francisco “Panchito” Horta (20-3-1, 10 KOs).

Emanuel Navarrete: I always go for the knockout, I think it’s best to win by knockout and on December 7 the people of Puebla will see a great fight!”

Francisco Horta: ”On December 7th people will know me. Expect a war, we are going for the championship of the world!”

Zanfer Promotions also announced that on the same evening, female flyweight stars Gabriela “Bonita” Sanchez (6-3) and Silvia “Guerrerita” Torres (20-1-2, 7 KOs) will clash in an interesting fight as both are coming off world title fights.

ESPN+ is expected to show Navarrete-Horta in the USA, while Azteca 7, la Casa del Boxeo, will air the fight in Mexico.