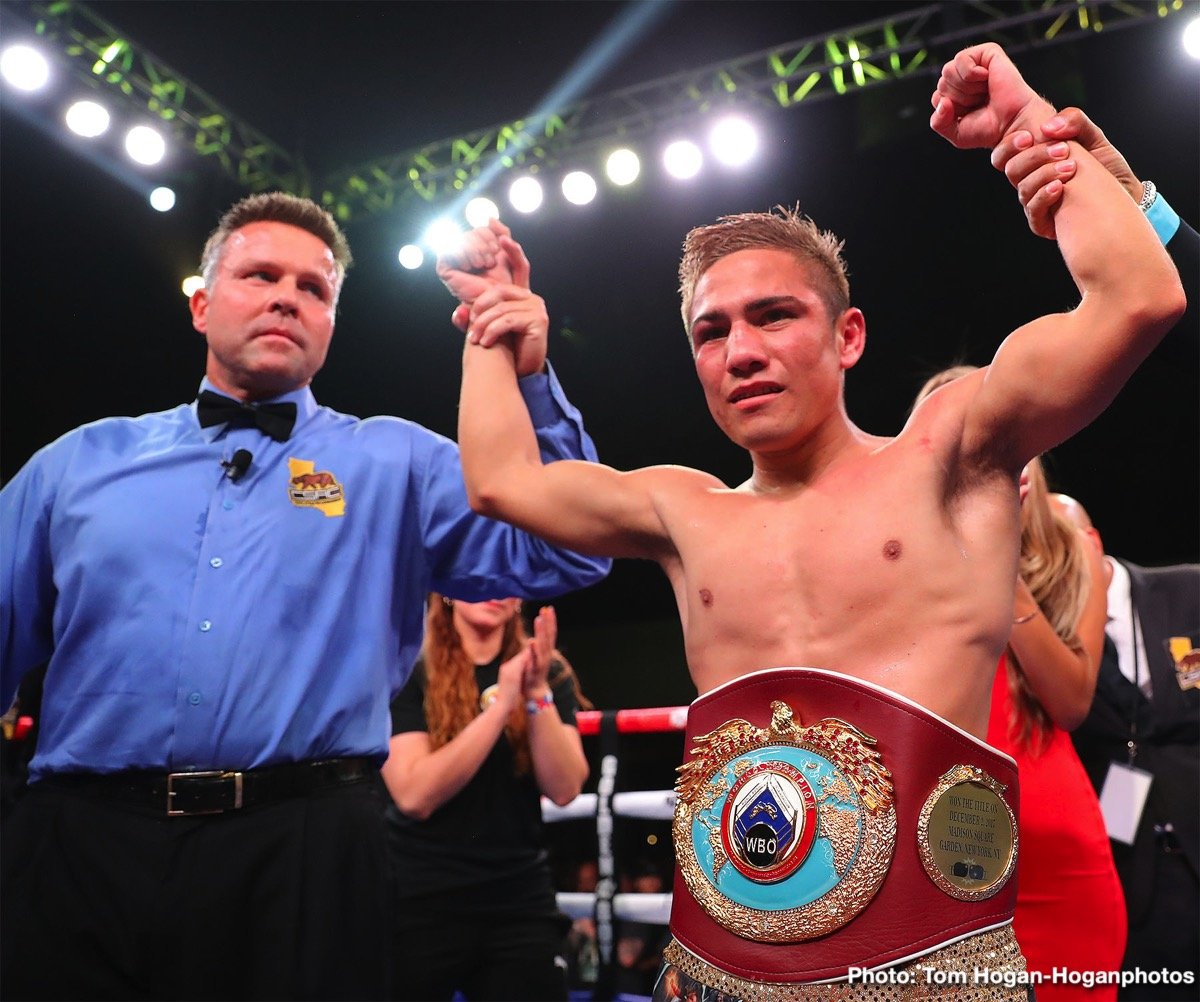 Elwin “La Pulga” Soto (15-1, 11 KOs) will make the first defense of his WBO Jr. Flyweight World Title against Edward “The Heneral Fighting” Heno (14-0-5, 5 KOs) of Paranaque City, Philippines in a 12-round main event of the Oct. 24 edition Golden Boy DAZN Thursday Night Fights at Fantasy Springs Casino in Indio, Calif. The fights will be streamed live on Facebook Watch via the Golden Boy Fight Night Page beginning at 10:00 p.m. ET/7:00 p.m. PT. The series will be available on regional sports network around the nation.

Soto is a 22-year-old boxer who was virtually unknown until his upset victory over Angel Acosta to become a world champion. Though it was a controversial win, the native of Mexicali, Mexico demonstrated his power and explosiveness against one of the best fighters in his division. Now, Soto is preparing to make the first defense of his world title against a tough, undefeated challenger.

“This fight will be just like my last one,” said Elwin Soto. “I will train to the best of my abilities because I never underestimate anyone. I want to work hard to be the best in my division.”

Heno is a 26-year-old contender who began his career with a lackluster record of zero wins and three draws. Then, after over a year of inactivity, Heno returned to develop a winning record that includes several wins in his native country of the Philippines as well as victories in Japan. Heno is grateful for the opportunity as he completely turned his career into a world title opportunity.

“I have worked my whole life for this opportunity to get a world title shot,” said Edward Heno. “My life changed from the moment I started working with my manager Marty Elorde and signed with Senator Manny Pacquiao of MP Promotions, which headed by Sean Gibbons. And now I have a chance to fight world champion Elwin Soto. My life could got get any better. Mexico vs. Philippines is the greatest rivalry in boxing. I look forward to Oct. 24 and hearing my name being called as the new WBO champion of the world.”