Results:   The WBO Junior Flyweight Championship Title was won by Kosei Tanaka against Moises Fuentes by KO in the fifth round.

Results:  The Champion Terry Flanagan retained the WBO Lightweight Title against Diego Magdaleno by  TKO in the 2nd. round.

Result:   Champion Wladimir Klitschko retains the WBO Heavyweight Title over Alex Leapai by TKO in the fifth round. 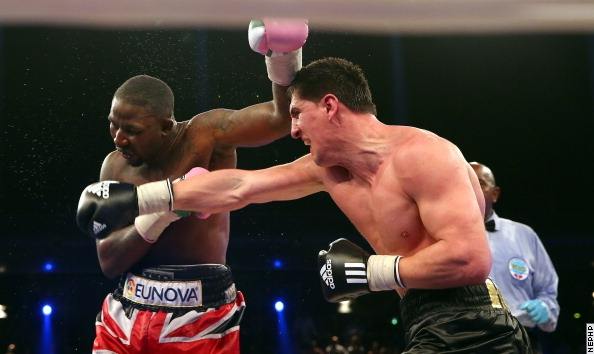 The German won on a majority decision in the third meeting against the challenger from England.

South African judge Deon Dwarte scored the bout 115-113 in favour of Huck. John Madfis of the United States had it 117-111 but there was some surprise at the Max-Schmeling-Halle when Lahcen Oumghar of the Netherlands scored it 114-114.

The champion did not look overly troubled and improved his record to 36-2-1, including 25 knockouts. Afolabi dropped to 19-3-4, with 9 knockouts.

Huck also retained his belt on a majority draw in May last year and beat the Briton on a narrow unanimous decision in May 2009.

He has made 11 successful defences of the title he won from Victor Emilio Ramirez in 2009. 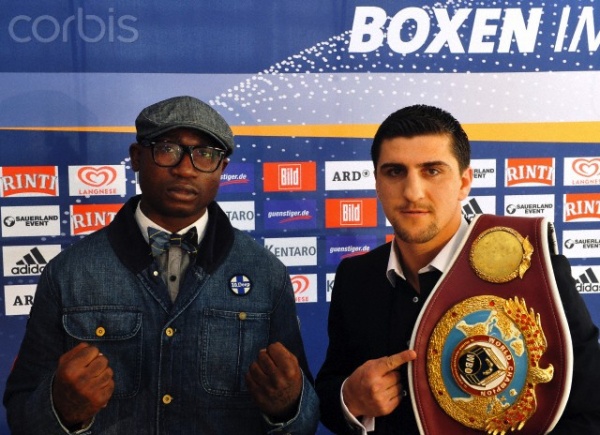