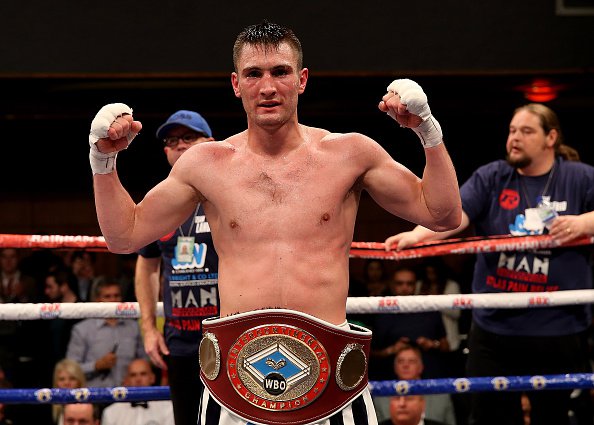 Results:  Billy Joe Saunders is the new WBO middleweight champion by a 12 round majority decision over Andy Lee.

Results:  The Champion Terry Flanagan retained the WBO Lightweight Title against Diego Magdaleno by  TKO in the 2nd. round.