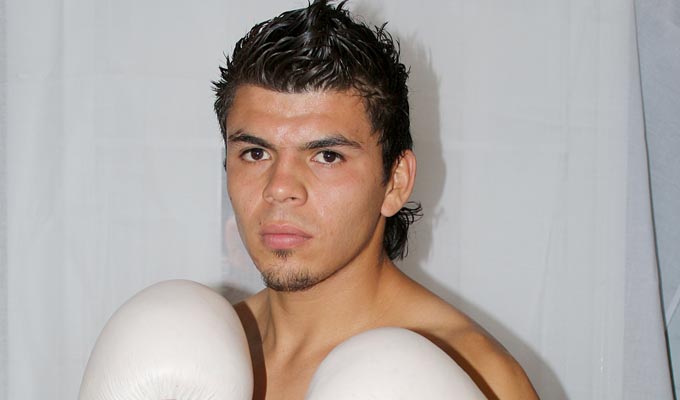 The Summer Season for Boxeo Telemundo Ford will end just as it began. Once again the popular boxing rivalry between Mexican and Puerto Rico will take center stage. In the main event Edgar Ortega (14-1, 10 KOs) of Mexico will take on Daniel Rosado (8-0, 7 KOs) of Puerto Rico. The bout is scheduled for 10 rounds and the WBO Latino welterweight title is on the line.

Ortega, like Rosado will be fighting in a televised main event on Telemundo for the first time. He is looking to win the WBO Latino belt, which can propel him into the world rankings of the WBO. He will also be fighting at home with a lot of support behind him. Fightnews caught up with Ortega just a few short days away from the fight.

Do you feel pressure with this fight being in your hometown?

There can always be pressure fighting at home but at the end of the day it’s just you and your opponent in the ring. It’s up to you go out there and give yourself the best chance of winning the fight.

Have you seen your opponent fight before?

I have not. If there is video of him I haven’t seen any. My team and I have our strategy and I’m looking to carry out the gameplan.

You have gone the 10 round distance before and have nearly twice as many fights as your opponent. Is this something you feel will work in your favor come Friday?

In terms of the 10 round distance, I definitely think it will give me an edge should the fight go 10 complete rounds. It’s really a mental thing if you think about it. Knowing that I have already done it and won gives me that much more confidence.

Your opponent has knocked out all but one of his opponents. You yourself have 10 knockouts. Do you feel you are the more proven puncher with the level of opposition you have fought thus far?

Some might think that a lot of my knockouts have come against smaller weights and that I’m not the puncher he is. My thinking is that if you’rr a puncher, you’re a puncher. Plain and simple.

This will be your first time headlining a Telemundo main event. Do you feel the need to do something special come Friday?

There will be a large viewing audience and I definitely want them to want to see me fight again on the network after this fight. I have trained hard for this fight and the fans can expect me to do my part to make this an exciting fight.