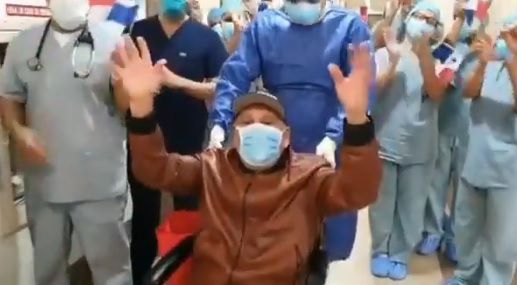 Roberto Durán is doing better after a bout with coronavirus. Durán, 69, was discharged from the hospital Thursday after testing positive for the virus in June.

Durán announced the news on Instagram. In a post, he compared his fight with the virus to a world championship fight. Durán also included video featuring him getting discharged.

In June, Durán’s son Robin announced Durán was admitted to a hospital in Panama City and tested positive for coronavirus. Robin Durán said his father wasn’t dealing with extreme symptoms, and was told his lungs were still in good condition.

Roberto Durán retired from boxing in 2001 after a lengthy and historic career. Durán — who first fought professionally in 1968 — finished his career with a 103-16 record. He was inducted into the International Boxing Hall of Fame in 2007. 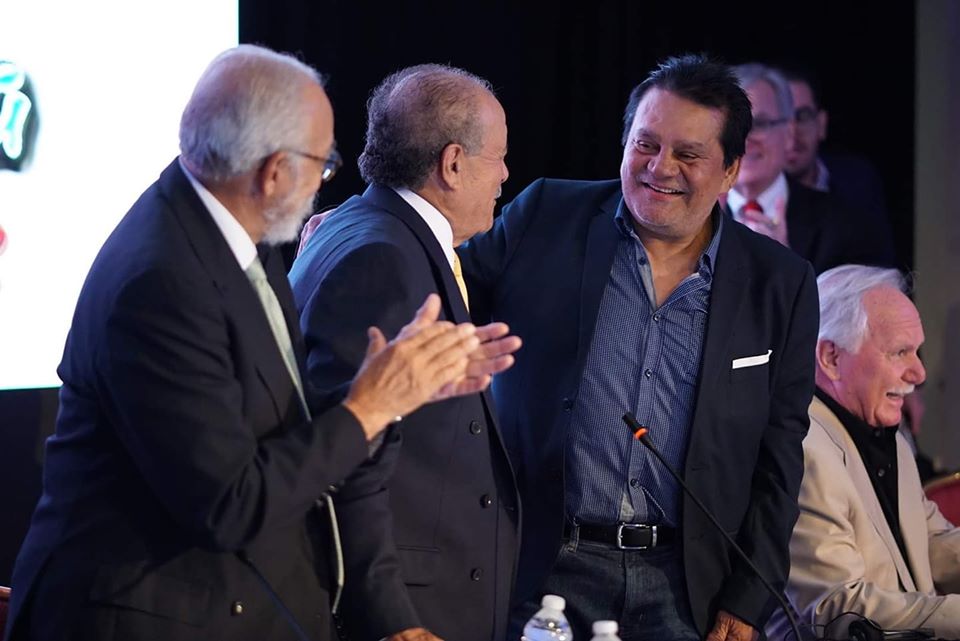 The multi-division former world champion has recovered to the point that he wants to be discharged from the hospital, reported one of his sons.

“My dad feels great, in fact he already wants to go home,” Robin Durán told a Panamanian television channel. “He has almost no symptoms and no fever.”

The Panamanian boxing legend, who turned 69 on June 16, was hospitalized this week with cold symptoms and subsequent examinations determined he had the COVID-19 infection. The news immediately triggered messages of encouragement on social media supporters, athletes and celebrities from all over the world.

Robin Durán said that his father will have to stay a few more days at the hospital due to precaution due to his age and the history of one of his lungs that was injured during a car accident in Argentina 19 years ago.

“The doctors told us that his evolution has been very good and that he has been attacking the disease before it reaches the point of complications,” he added to TVN Noticias.

Durán’s son told sports portal JMDeportes that his father probably became infected on his birthday when he met “a lot” of people who came to congratulate him at his home in the capital. He assured that his father had respected the quarantine.

“You already know what my dad is like, it is very difficult for him to close the doors to someone, and well, on that day, which was his birthday, they wanted to greet him, it was his mistake and he paid very dearly,” he said.

Duran had a brilliant career where he reached 103 victories, 70 of them by knockout, and 16 defeats. 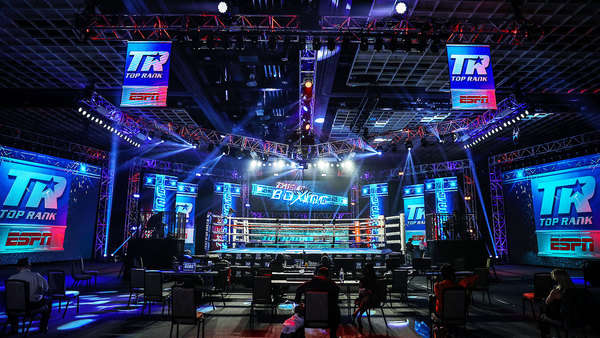 With numerous fights being cancelled due to non-fighters (trainers, managers, cutmen) being infected by COVID-19, the safety protocols in Las Vegas have been updated. Now upon a positive test for someone in a boxer’s camp, that person is immediately quarantined.

Top Rank will then consult with infectious disease experts and a risk level will be assessed for the non-infected team members. If deemed tolerable and acceptable, the fighter and remaining team are immediately isolated in their room and both must test negative daily until the fight.

Does it work? Under the original protocol, three of the six bouts taking place Thursday night would have been cancelled.

Family members have confirmed that the legendary Roberto “Hands of Stone” Duran has been hospitalized in a non-life-threatening condition on Thursday, and the retired boxing has tested positive for COVID-19.

The news came on a day when Panama set a new record for daily cases.

“Test results have just arrived for my dad, and they confirm he is positive for COVID-19,” one of the boxer’s sons, Robin Duran, indicated on Instagram.

“Thank God for now he doesn’t have symptoms beyond a cold. He is not in intensive care nor on a respirator, just under observation.”

According to his son, the 69-year-old Duran was only hospitalized as a precautionary measure for a “respiratory virus” – but he was tested upon admission and came up positive for COVID-19.

“We just spoke to the doctor who told us that his lungs are fine and there are no indications of severe (illness),” Robin Duran said. “We continue to have faith that everything will be ok.”

Duran, a national hero in Panama, has had numerous motion pictures and documentaries made on his life. He fought from 1970 to 2001, becoming a six time world champion along the way, and ended his career with a record of 103 wins, 16 defeats and 70 wins by knockout. 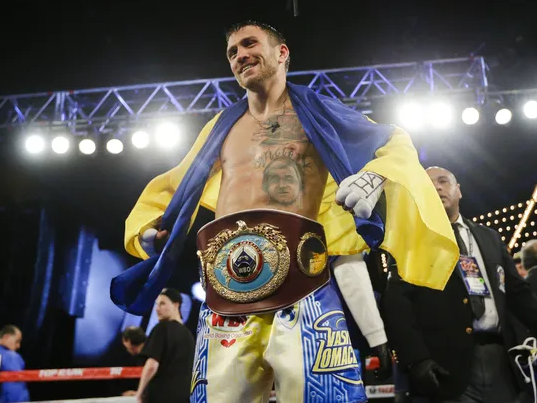 Bob Arum revealed this week that Unified WBO Lightweight Champion Vasiliy Lomachenko will be traveling to the United States on June 15 for his September unification fight against IBF champion Teofimo López.

Teofimo, 22, is looking huge right now and is said to be in the mid-150s. This week, Teofimo was lifting weights, and looking like a short junior middleweight. The weight cut or Teoimo is going to be difficult, as he’s going to need to lose approximately 20 pounds to make the 135-pound limit.

It’s doable for Teofimo because he’s young, and can probably get away with it. With that said, you can bet that Lomachenko will be attempting to drag Lopez into the later rounds to take advantage of his weight loss.

Lopez’s weight issues could work for Lomachenko, but maybe not. Younger fighters can cut enormous amounts of weight without it hurting them, which is why they have an advantage over the older guys. If Teofimo isn’t weight drained for this fight, Lomachenko could be in for a world of hurt.

A guy has never hit Lomachenko with the kind of size and power that Teofimo has. For Lomachenko to beat Teofimo, he’s going to need to take a lot of heavy blows.

“As far as fighters outside of the United States, there’s a limit to what we can do,” said Arum. “In other words, we don’t fly the planes. I don’t have any influence with this White House, thank God as to lifting travel bans, but where there’s a will there’s a way.

The Fighters Must Find A Way Into The U.S.

“So every fighter that wants to come over and wants to participate in these shows and continue their careers has got to find a way to do that on their own with their advisers,” said Arum. “We’ll facilitate anything we can. But our power is greatly limited,” said Arum.

As you can see, Top Rank isn’t going to be able to help all their fighters make into the United States with their help. So if they want to participate in Top Rank’s cards, they’ll need to find a way to enter the U.S with the help of their managers and advisers.

It would be interesting to know whether Arum helped the 32-year-old Lomachenko with his documentation to get him into the States. The famous fighters are too crucial for Top Rank to leave it up to them without giving them a hand if needed.

If Lomachenko can’t make it into the United States, then that’s a showstopper. It’s good that Lomachenko is coming to the States this week because that’ll give Arum and Top Rank enough time to explore other options if he’s blocked.

In hindsight, it was a mistake for Lomachenko to go back to Ukraine because he was in the U.S not long ago. He probably didn’t realize how much trouble it would be for him to return to the U.S because of the pandemic situation.

Teofimo Lopez Gives The Secret To Cutting Weight
“‘How much do I weigh right now?’ 156. Six pounds to go to where I want to be at,” said Teofimo this week in answering questions on social media. “And then just lose [water weight to get down to 135].

“‘How do you lose that much weight? Is it healthy for your body?’ You’ve got to drink a lot of water. I drink two gallons of water every day. When I’m in camp, I drink a little bit more than two gallons every day. Foodwise, I love to eat. Food is life, but it’s what you eat and the amount of food you eat and your meals and abundance,” said Teofimo Lopez.

“You don’t want to eat a big amount. Everything has to be fist-sized. Usually, I’ll eat five times a day, including two snacks. If you want me to get in detail and all that. Fish is good. Anything with low sodium. Make sure its low sodium. Don’t eat carbs unless you’re trying to build up weight-wise. If you’re trying to lean up with muscle, then you can try and build up with carbs. A lot of conditioning.

“Once I get into camp, that’s when I drop those next 15 pounds [with the help of his trainer],” said Teofimo. “Right now, I’m making their job easier, and they make it easier for me. None of that good food thing you guys like. You’ve got to throw that out the window if you want to lose weight. I’m trying to come back as soon as possible. Pain is a weakness in the mind, baby,” said Teofimo. 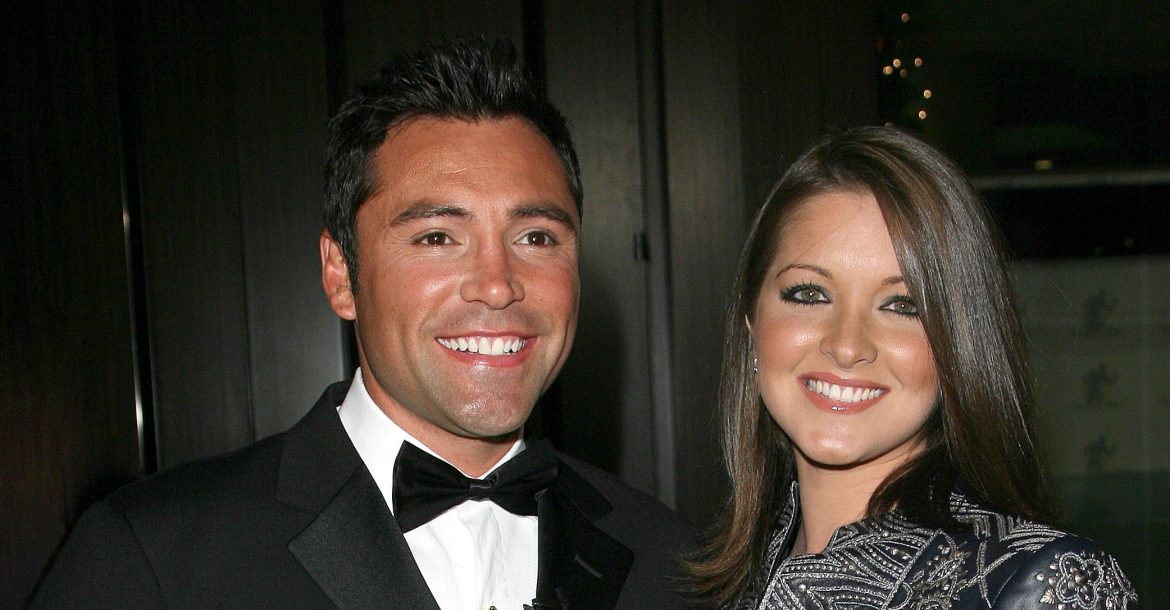 Oscar De La Hoya and Millie Corretjer have donated $250,000 to Adventist Health White Memorial in Los Angeles in an effort to assist the hospital in dealing with expenses related to treating COVID-19 (coronavirus) at the facility.

“Adventist Health White Memorial is my hospital. They took incredible care of my mother when she was fighting breast cancer. During this time of crisis, White Memorial is incurring extraordinary expenses as they continue to provide quality care to our Boyle Heights Los Angeles community,” said De La Hoya.

“On behalf of me, Millie and our children, we are donating $250,000 to White Memorial to help with these critical unexpected expenses. I am challenging my peers — celebrities, athletes, business leaders and community leaders — to donate to White Memorial or your local hospital to help during this crisis,” Oscar added.

“COVID-19 continues to spread quickly throughout the nation. Those who work in health care and at our hospitals are truly heroes, stepping up in a way that deserves our gratitude and admiration. This is our way of saying thank you,” said Corretjer.