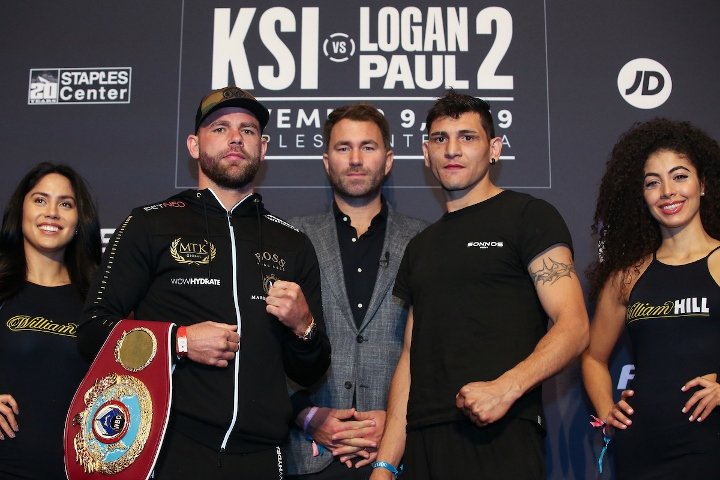 Saunders will put his WBO Super Middleweight title on the line for the first time against Esteban Coceres on the undercard of KSI-Logan Paul 2 at the Staples Center in the early hours of Sunday morning, live on Sky Sports Box Office.

The 30-year-old, who previously held the WBO middleweight belt, is aiming to impress on his US debut against undefeated Argentine Coceres (28-0-1, KOs 15) in a bid to force a showdown with the stars of the 168lb division.

“I need to showcase some skills in America, no one really knows me here but you will do after Saturday night,” said Saunders (28-0, KOs 13) during Thursday’s press conference.

“No disrespect to my opponent, I’m here to put a showcase on to show how levels are made.

“I’m after Canelo, Golovkin, all the big names, they’ve been hiding too long. I’m a two-weight champion and I’m really hoping to put on good performance for the American crowd.