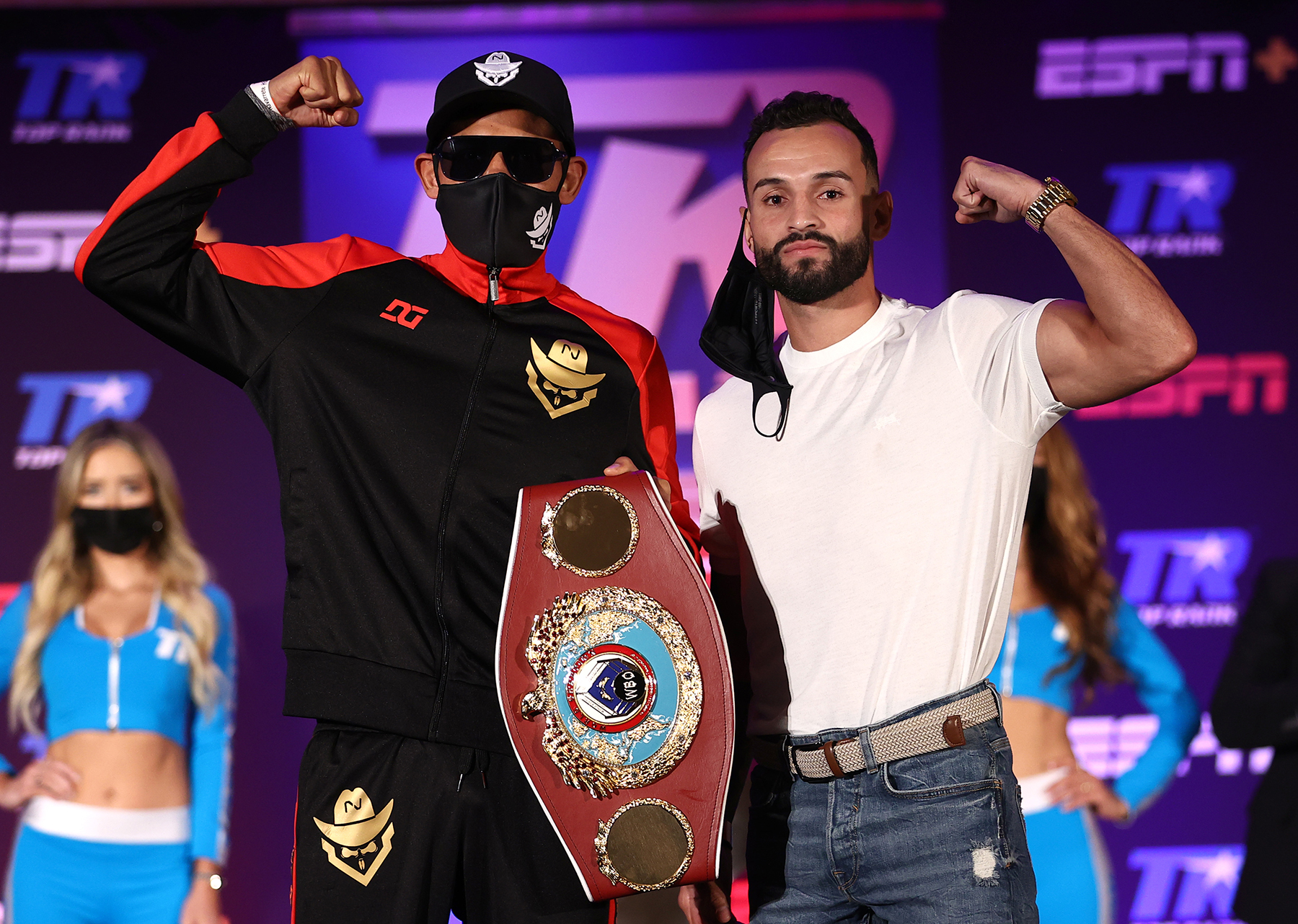 Navarrete-Diaz and Berlanga-Nicholson will air live on ESPN, ESPN Deportes and ESPN+ at 10 p.m. ET/7 p.m. PT, with undercard action set to stream live and exclusively on ESPN+ at 6 p.m. ET/3 p.m. PT. At the final presser, this is what the fighters had to say. “I know he has been fighting at 126 and even at 130. I think it will be tough to hurt a fighter that has fought at higher divisions, but I believe I have the punching power to knock him out.”

“It’s been a long time since I’ve fought in front of fans. I miss the vibes of having the fans in the arena. Even though 90 percent of the fans will be cheering for ‘Pitufo,’ I feel like the pressure is going to be on him because he needs to perform for his people, for his fans. I’ve always been a fighter that’s been on the road, fighting away from home. I feel like the pressure is on him.”

“I started training camp in Mexico. Things were not as tough there, and the hard part of training camp I did in Tijuana. I want to thank my co-promoter Zanfer for the help they’ve given me. This camp has been very good, unlike the last camp for {Ruben} Villa, where everything was closed. So it was really tough to train for that fight.”

“I’ve been in the big arenas a lot of times {against} Shakur Stevenson, Masayuki Ito in front of 8,00 people. Sold out against Navarrete. I think I have the experience to become world champion Saturday night.”

“If you’ve seen my last two fights, I’ve been a different fighter. I go to the ring to perform, to show the people I can be a star. Navarrete is a great champion. It’s a pleasure for me to share the ring with him. We’re going to be in the history books as part of Puerto Rico versus Mexico, but again, there are levels to this. Navarrete has been in a lot of title fights, but this is my second one, and I can say my third one because the Shakur Stevenson was that level a fight.”

“{After the Stevenson fight}, when I came home and I saw my babies…I have three daughters and a beautiful wife. As a leader in my house, I have to bring the food to the table, and this is the easiest way. I mean, it’s not easy because you get hit, but at the end of the day, I go back to the gym with that mentality. I work hard.”

“I want to tell Navarrete that I respect him as a person. He’s a humble guy, a family man like myself. It’s tough to become a one-time champion. I had my opportunity already, and I just hope he brings his best so we can give the fans a great fight.”

“We’re fighting a 50-50 fight. I’m happy because he knows I’m the most dangerous fighter he’s fought to this day. I’m just comfortable. I got confidence in myself. My team believes in me. My family believes in me. That means a lot to me because it’s my family. That’s my team. That’s my daughters yelling to me. That’s the most important thing. I don’t think about Navarrete’s fans who are against me because he deserves that, he’s a two-time world champion.”