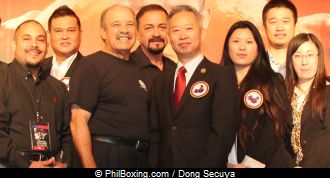 But it is the presence of iconic two-time Olympic gold medalist Zou Shiming who is making his record-setting pro debut that ignites the sudden popularity of boxing in this part of the world.

The CPBO, which have offices in Beijing and Hong Kong, started its operation four years ago and appears ready to handle the expected big time boxing explosion to happen in the region soon.