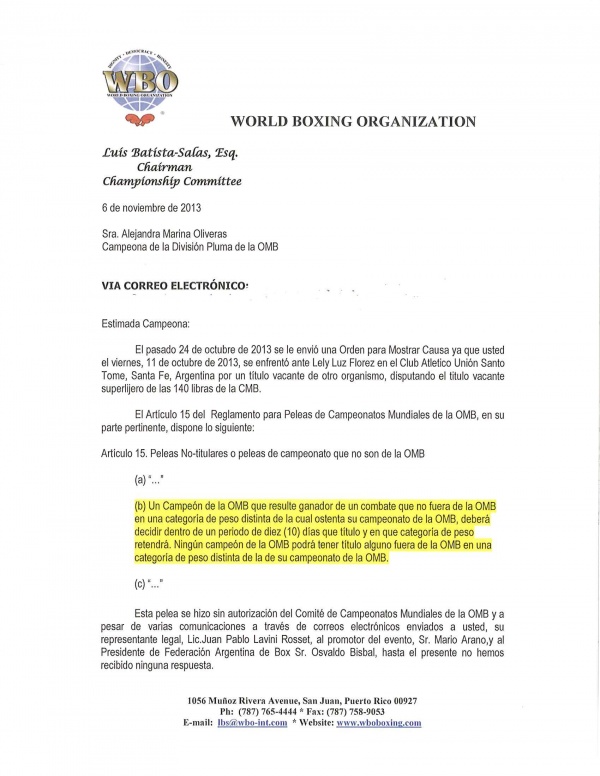 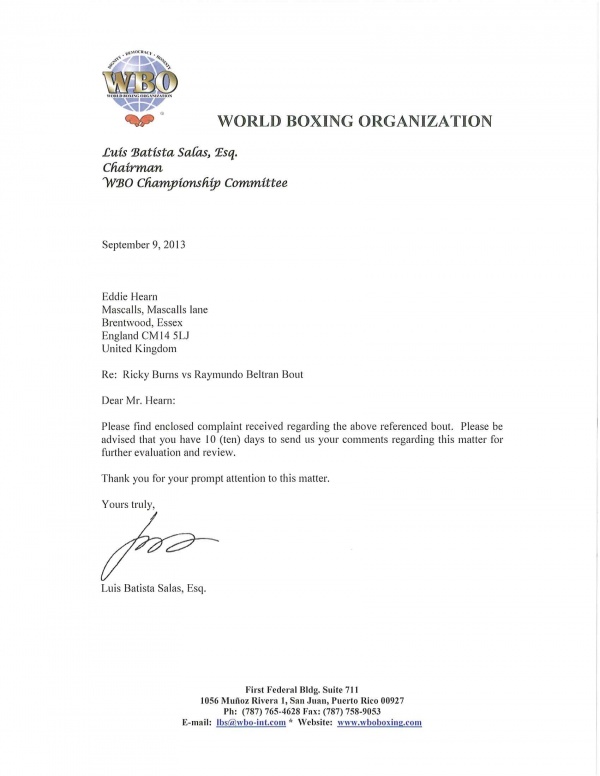 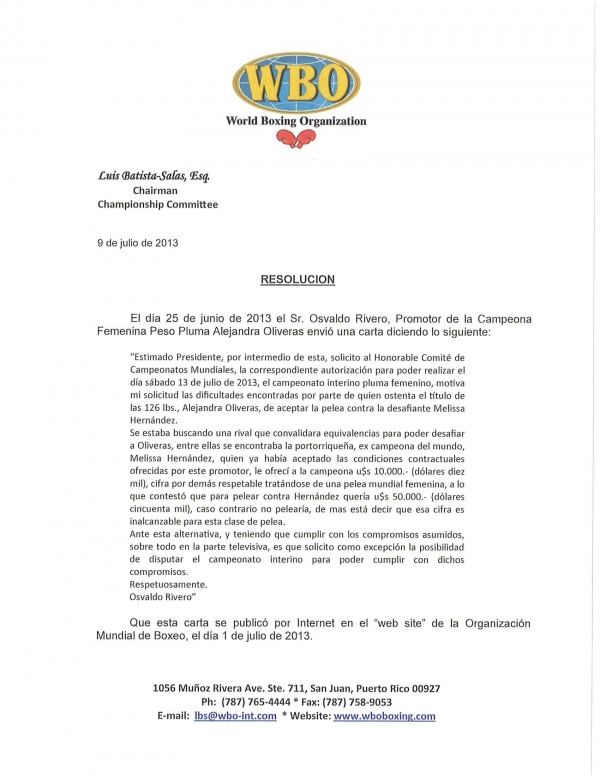 World Boxing Organization President Francisco “Paco” Valcárcel, announced that this entit,y through its Championship Committee, will review the fight between Manny Pacquiao and Timothy Bradley, that ended in a controversial result this past Saturday, June 9, to take measures in accordance with the rules of procedure.

“I want to clarify that in no way this says that we are doubting the capacity of these judges, which we consider as honest and competent judges,” said Valcárcel.

CLICK ON THE LINK ABOVE TO VIEW THE ORIGINAL DOCUMENT