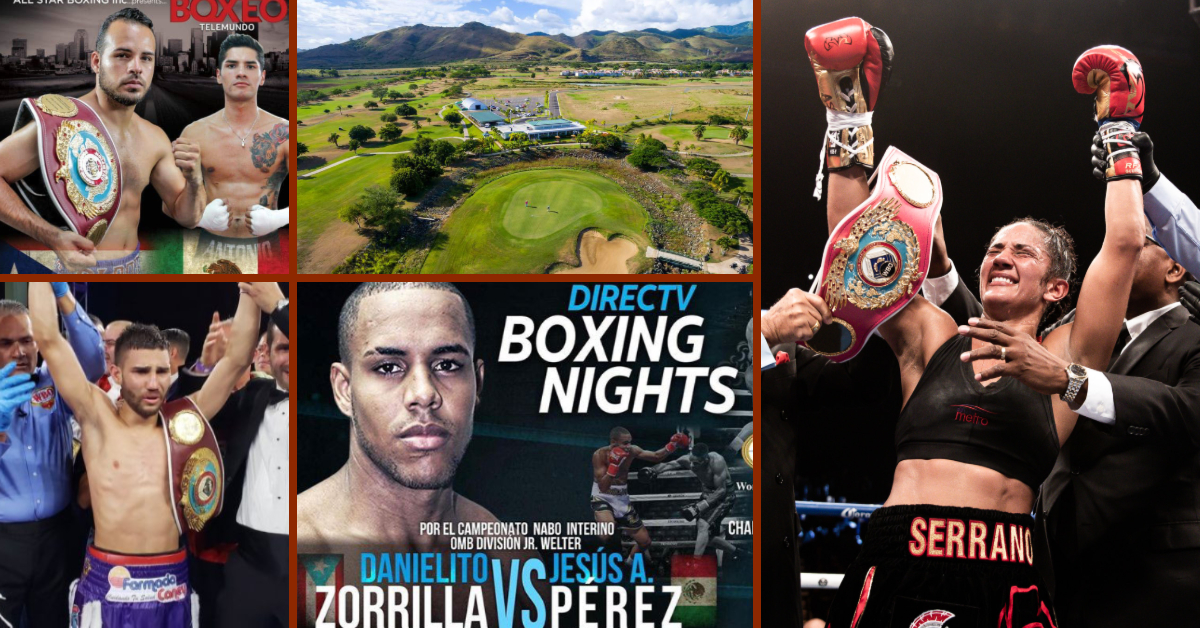 CAGUAS, PUERTO RICO- For three boxing events during the month of October, the World Boxing Organization will serve as a link to give Puerto Rican talent a chance when conducting its “Champions Tournament” which will have several important scepters at play and help build the shoe for what will come in 2020.

It will have its headquarters on October 4 at the Osceola Heritage Park in Kissimmee, Florida, immediately followed on October 5 at the Pedrín Zorrilla Coliseum in San Juan,PR and culminating on the 26th at the Rubén Zayas Montañez Coliseum in Trujillo Alto,PR.

“Near the WBO Convention we always do a‘ Champions Tournament ”. We did it in Panama in 2018 and we have done it in Puerto Rico, in Orlando, in Miami. But being the convention this year in Japan (December 2-5), we wanted to do something as usual in the Caribbean, ”said WBO President Francisco ‘Paco’Valcárcel.

“We will have four championship fights as part of that tournament, starting on October 4 in Kissimmee with Yomar Álamo (17-0 with 12 KO’s) against Mexican Antonio Morán (24-4 with 17 KO’s) for WBO NABO Jr. Welterweight title. Subsequently, we have Danielito Zorrilla (12-0 with 10 KO’s) against the Aztec Jesus Perez (23-2 with 18 KO’s) for the WBO NABO interim Jr. Welterweight title with the idea that the winner there will face the winner between Álamo and Morán in a unifying fight for the NABO title by the beginning of 2020 ”.

As if that were not enough, the Miguel Cotto Promotions cartel on October 5 will have a second championship fight when the Nicaraguan Carlos Buitrago faces the Puerto Rican Israel Vázquez for the vacant WBO Latino Jr. Flyweight title. The tournament will then end on October 26 with the Spartan Boxing cartel, in which Wilfredo ‘Bimbito’ Méndez will defend his WBO World Mini-Flyweight crown for the first time.

The ambitious tournament presented by the World Boxing Organization of the event on Saturday, October 5, where Danielito Zorrilla faces Jesús Antonio Pérez will be seen exclusively in Puerto Rico for DIRECTV clients on channel 161

“We are very happy with the opportunity that Paco Valcarcel and the entire World Boxing Organization gives us to be part of this great championship tournament and more which will be live television throughout Puerto Rico on DIRECTV where we will have our most important boxer Danielito Zorrilla in his most important fight. Without a doubt, the champions tournament is a very important platform for all the promoters and boxers that will participate, it is the beginning of great opportunities for big fights, ”said promoter and vice president of Miguel Cotto Promotions, Héctor Soto.

Amanda Serrano will be honored:

As part of the festivities, the female world champion in seven divisions, Amanda Serrano, will be present in Kissimmee and San Juan, where she will be honored after being crowned recently as the new WBO Jr. Featherweight monarch.

“Amanda Serrano will be with us. She wants to dedicate her triumph to the Puerto Rican community. She will be first in Kissimmee on October 4. From there, Amanda flies to Puerto Rico to be on October 5 at Coliseum Pedrín Zorrilla, where she will be given her new champion belt at 126 pounds, ”said Valcárcel.

“She is going to stay in Puerto Rico for a couple more days because she turns 9 on October 9 and from there she will return to the United States because she has to continue training for the MMA fight that she has on the agenda soon.”

To conclude the festivities, the WBO will host a golf tournament in “El Legado” in Guayama with the participation of several pugilisms, legends, as well as several of the best local fighters today.

“Before the October 26 card, we will have a golf tournament on October 24 with local boxers, trainers to share with professional boxing stars, such as Miguel Cotto, Oscar de la Hoya and Ronald ‘Winky’ Wright, as well as Eric Gomez, president of Golden Boy Promotions. They could be joined by others, such as Jaime Mungía (WBO World Jr. Middleweight Champion) and Emanuel Navarrete (WBO World Jr. Featherweight Champion). Some are still to be confirmed, ”added Valcárcel.