Stieglitz’s Victory Over Kiyota Changed To a TKO Win 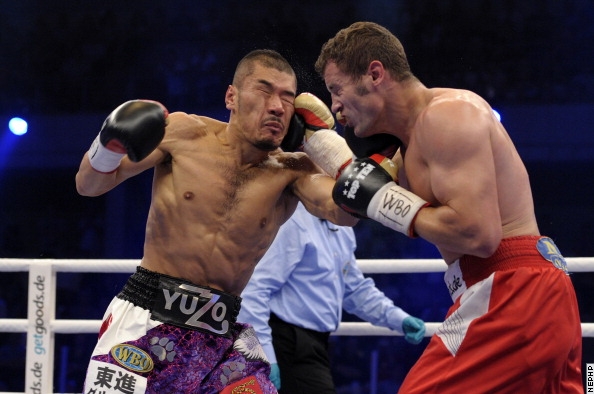 SAN JUAN, PUERTO RICO- World Boxing Organization (WBO) announced today that the win of the super middleweight champion Robert Stieglitz over Yuzo Kiyota on July 13 in Germany has been change from a Technical Decision to a TKO after an examination of the fight video.

Stieglitz (45-3, 26 KOs) beat Kiyota (23-4-1, 21 KOs) by a Technical decision last July 13 at :40 seconds of the tenth round when the referee Celestino Ramirez determined that the cuts on Kiyota were caused by an accidental headbutt and due to he was bleeding badly, the fight went to the scorecards. The result were 100-89 (Alejandro Lopez Cid), 99-90 (Terry O’Connor) and 99-90 (Ingo Barrabas), all for Stieglitz.

But after an examination of the video by the Bund Deutscher Berufsboxer (BDB) and its President Thomas Puetz, was determined that it was not an accidental headbutt and turned the result to the 10 round TKO victory for Stieglitz. The determination was accepted by the WBO.