Cedric Agnew: I am a great fighter! 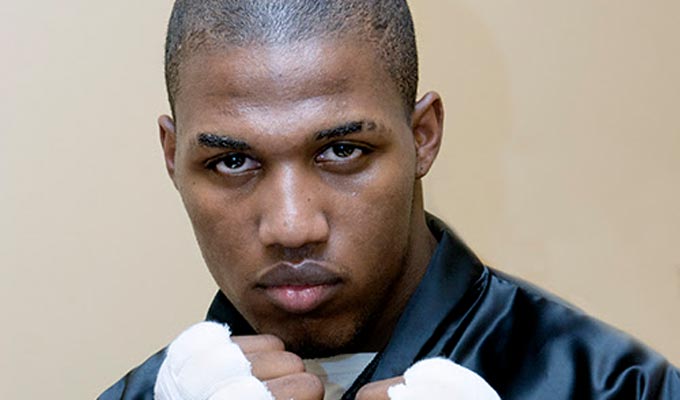 This Saturday, Cedric “L.O.W” Agnew (26-0, 13 KOs) of Chicago, IL, makes his television debut on HBO’s “Boxing After Dark” when he challenges Sergey “Krusher” Kovalev (23-0-1, 21 KOs) of Russia, for Kovalev’s WBO light heavyweight championship at the Boardwalk Hall in Atlantic City, NJ. Although Agnew has never been televised, has faced limited or aging opposition and is challenging a man who considered by many to be the sport’s most feared puncher, Agnew remains steadfast in his assertions that he is a great fighter who will shock the boxing world on Saturday.

In the following interview, Agnew talks about his style, the Kovalev matchup, being a role model to black fighters in Chicago and whether or not he ever defeated WBA light heavyweight champion Beibut Shumenov as an amateur.

How do you feel before headlining an HBO event in your first televised bout?

I feel good. It is perfect timing in my career right now, and I am just excited about this whole experience.

What do you mean you are excited about this “whole experience?”

Just everything that came with it. Ya know, getting my name out there to people who didn’t know me and getting people to start noticing me.

How have you handled the press and have you enjoyed it?

It’s been good. I mean I’m not used to getting phone calls like everyday (laughs), but it’s been a good experience.

How has the press treated you?

They’ve been really good. They have been talking a lot about other fights, but I’m just staying focused and game. I try to answer all questions straightforward and honest.

Why did it take so long for you to get on television to get an opportunity like this?

I don’t know. I was offered fights, and I accepted them, but a lot of fights were supposed to happen but didn’t. You know how it is, but it’s the right time now.

What are some of the fights that you were offered but didn’t happen?

Did you accept all those fights?

We accept all big fights all the time.

Something that came out in the prefight hype was that you defeated Beibut Shumenov in the amateurs. Is that true?

I think I might have fought him in one of the dual competitions between USA and Kazakhstan, and if I fought him, I know I won because I never lost in a dual competition. You’d have to check to see if he competed.

In this big fight nearly all “experts” are picking Kovalev by knockout. What do you think of that?

(Laughs) Well, ya know, I don’t think about that too much. You’re gonna always have your naysayers out there who don’t know too much about one person but know one thing about the other person so they are gonna choose the other person. When Buster Douglas fought Tyson, there wasn’t too much known about Buster Douglas, and we all know what happened. It’s gonna happen again.

So what don’t the experts know about you?

I am a great fighter. Ya know, I mean, I am a well-rounded fighter. I can punch; I can box; I can brawl; I can bang; and I can move. Ya know, I’m fast and I have all the abilities.

As an amateur, you were known as a power puncher. Why so few knockouts as a pro?

In the amateurs, everyone you’re fighting wants to be someone. They are coming to fight, so you can stop someone like that, but when you’re coming into the pros, ya know, once the guy feels that he can’t defeat you, then he goes into survival mode. It’s kinda hard to try and knock people out who refuse to be knocked out while in survival mode.

Are you planning to knock out Kovalev?

(Laughs) I don’t go into any fight looking for a knockout, but if it comes, it comes.

Do you think you have the power to knock out Kovalev?

I have the power to knockout anybody in my weight division. This will be an exciting fight because he got a lot to prove and he got a lot to lose just like me. This is gonna be two guys looking to prove they are the best.

What skills are you going to use to “shock the world” as your trainer Bobby Benton recently said?

How is your relationship with Bobby?

Seriously, we have a good relationship. This is the best training relationship I’ve ever had. Bobby’s a helluva trainer. We have a really strong bond together; he knows what’s good for you and bad.

Sam Colonna, who now trains Andrzej Fonfara and recently said in an interview that you have the best boxing abilities pound for pound today. How does it feel to get that support back home in Chicago and to know that you and your former stable mate are fighting two of the best light heavyweight champions in world?

It feels really good to know that we’ve come this far, and that I have a lot of support back home.

What do you think is going to happen with Fonfara and Stevenson?

I don’t know, but I think if he goes into that fight with the right mentality, and know you’re strong and got the best ability, anything can happen.

Would you be interested or willing to fight Fonfara in Chicago after your fights?

Yeah, you know, it would be something big to fight each other in Chicago. We both have big followings back home. Ya know, a lot of people don’t know me, but I gotta lot of supporters in Chicago. I want to come back to fight in Chicago after this fight.

In addition to fan support, how does it feel to know that a lot of young black fighters in Chicago, most notably welterweight prospect Alex Martin, see you as a role model?

It feels good. I didn’t know a lot of people looked up to me like that there until recently, but it feels good.

Unlike a lot of Chicago’s best black fighters, you were able to make it. Why?

Is that why you chose Malcolm Garrett as your promoter?

Do you think it has worked out?

Yeah it has worked out (laughs). I mean I’m fighting for the world championship (laughs).

You come from a fighting family. Why are the Agnews into boxing?

(Laughs) I don’t know. I just come from a family of it. I guess over the generations it has just been adopted and just passed on and passed. We are just trying to keep it rolling.

How long can you trace back? Obviously your uncle, “Mighty” Mike Evans, boxed, but who else?

My uncle boxed; my father did the amateurs; I had another uncle who boxed; I had four God brothers who boxed; my little brother, Frankie, boxes now and one sister boxed.

A while back you described your style as someone who fights like Winky Wright but has the hand speed of Roy Jones Jr. Can you explain that in more detail because most fans haven’t seen you fight?

Everybody has been talking about who Kovalev is going to fight next. Who are you thinking about fighting after Kovalev?

I don’t know. Ya know, whatever deals come to us and whatever my manager has in store for me and my family is what we will take. I’m ready for anyone they put in front of me, so whoever wants to step up is who I’ll take.

Just that it’s my time.