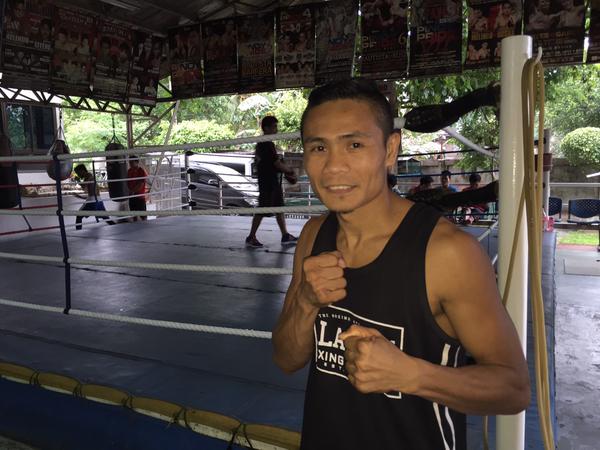 If there’s one thing Filipino boxing star Donnie “Ahas” Nietes (35-1-4, 21 KOs) knows how to do, it’s put on a show in front of his adoring fans in his home country.

Nietes has never lost fighting in the Philippines, and he will put that perfect record to the test on Saturday when he defends his WBO world light flyweight title against Francisco “Titanium” Rodriguez Jr. (17-2-1, 11 KOs) in a scheduled 12-round bout to headline Pinoy Pride 31.

The bout will serve as Nietes’ seventh defense of the WBO title. He is the longest-reigning Filipino world titleholder ever, per RingTV.com’s Anson Wainwright.

The venue is the Cebu City Waterfront Hotel and Casino in Cebu City, Philippines. Nietes has fought five times in his career at this venue, most recently a seventh-round retirement win over Carlos Velarde in November 2014.

Rodriguez is an exciting young scrapper and should prove to be tough matchup for the battle-tested Nietes. This bout will be the 21-year-old’s second in Cebu City; he’ll no doubt face a hostile crowd loudly backing its homegrown star.

Here’s a look at the viewing info, followed by a quick preview of the carnage to come.

Last we saw Nietes in the squared circle, he was busy working over Gilberto Parra in the famed Smart Araneta Coliseum, knocking him down in the eighth round and forcing a retirement in the ninth. It’s been quite some time since Nietes has even seen the scorecards in a bout.

He’s earned stoppages in five of his last six matches, with only Moises Fuentes surviving 12 rounds of Nietes’ sharp counterpunching to scrape out a mixed-decision draw in March 2013 (for the record, Nietes knocked him out just over a year later).

Even on the wrong side of 30, Nietes has shown little sign of slowing down. Ahas certainly still has his bite.

That said, the drive and hunger of a young boxer have toppled an elder opponent many times before. Rodriguez’s record shows he is no slouch, as he quickly worked his way up the ranks in the strawweight/minimumweight division, unifying the WBO and IBF world belts in that class against Katsunari Takayama in August 2014.

“Matched with Japanese veteran Katsunari Tayakama, Rodriguez had a chance to add the IBF belt to his mantle in a rare 105 lb. unification title. The action was breathless and breathtaking, so thrilling that the great Julio Cesar Chavez rose from his position as a television announcer to cheer for both en in the final round as they let loose well over 100 punches apiece.”

With an opponent like that, it’s little wonder that Nietes’ staff is saying all the right things in the buildup to this bout.

“He [Nietes] is faster, stronger and wiser than his previous bouts, but it doesn’t mean that we are counting Rodriguez out. We know that he prepared very well in this fight because he is very determined to be a world champion too,” said trainer Edito Villamor, per Josef T. Ramos of the Manila Times.

Nietes was still putting time in at the gym as of Thursday, per Rappler.com’s Ryan Songalia:

Nietes will have to rely on every ounce of his experience and guile in the ring to outwit and outhit Rodriguez. Although the latter is moving up in weight class and will be fighting in front of an unfriendly crowd, there isn’t much to suggest that the occasion will faze him.

He’s already fought and won at this location and knows from his strawweight days what it’s like to be a champion. Nietes has but a half-inch reach advantage—65.5″ to 65″, per BoxRec—and both pugilists fight orthodox. This one will likely see Rodriguez trying to push the boxer 12 years his elder early on, testing his stamina.

If Nietes can pace out the fight properly, he should teach Rodriguez a lesson or two in the later rounds. It could be a close bout, one that should provide plenty of eye-popping moments for boxing fans.

Nietes is probably overlooked in the United States and Europe, seeing as his biggest bouts aren’t televised on major outlets and he’s almost always fighting in the Philippines, but as he told Wainwright  after his win over Parra back in March: “There is more to Filipino boxing than Manny Pacquiao.”

Ring Magazine ranks him as the best boxer in the light flyweight ranks. Rodriguez, new to the class, is already 10th in Ring’s estimation. Nietes has done more than enough to justify the praise. Another win over a determined young scrapper would only serve to bolster his already ironclad legacy in Filipino boxing.

Rodriguez might stand to benefit more than Nietes on a global scale should he win. He can take a newfound title back to Mexico and find a host of challengers waiting for him. At his age, reaching the mountaintop in two weight classes would make him quite the draw, even outside of his native country.