Bradley: I picked Provodnikov because he’s going to test me 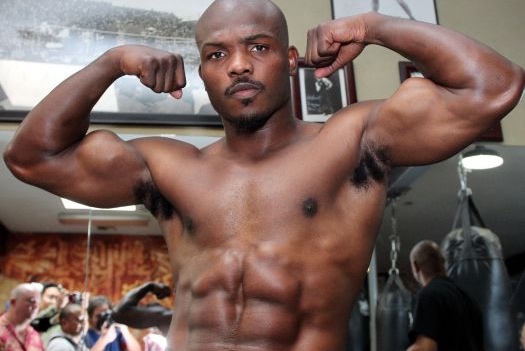 By Dan Ambrose: WBO welterweight champion Tim Bradley (29-0, 12 KO’s) will be facing Ruslan Provodnikov (22-1, 15 KO’s) this Saturday night on HBO at the Home Depot Center, in Carson, California, USA. Despite boxing fans seeing this as a mismatch due to Provodnikov’s lack of experience against quality opposition, Bradley feels that Provodnikov is an excellent opponent and he sees him giving him a great fight.

Bradley specifically selected Provodnikov because of the Russian fighters’ tendency to brawl with his opposition.

Bradley said to HBO, “Provodnikov is a tough cookie. He comes to bring the fight.

He’s a hard puncher, extremely aggressive. It’s a dangerous fight. He’s definitely going to test me. That’s one of the reasons why I’m fighting Provodnikov. He’s a tough, tough guy. Not a lot of people know about him. He’s ranked at #3 at 140. He’s a good fighter. I want a good fighter to comeback and display my skills.”

Provodnikov has never beaten a top tier opponent before. He stepped it up against fringe light welterweight contender Mauricio Herrera two years ago, but was beaten by a 12 round unanimous decision. In that same year, Provodnikov won a controversial 12 round unanimous decision over DeMarcus Corley in a fight where Provodnikov appeared to win only two rounds. Corley really dominated him in a one-sided fashion, and it’s troubling that the judges scored the fight for Provodnikov given how badly Corley battered him in that fight.

Bradley didn’t look good in his last fight in beating Manny Pacquiao by a 12 round split decision. Bradley doesn’t seem to have the frame to fight at welterweight, and all the muscle weight he put on to fight in the weight class has really slowed him down. He’s not nearly as quick as he was when he fought at light welterweight.

It probably won’t matter against Provodnikov because they’ve picked him out from the light welterweight division for an easy fight. Provodnikov is not a ranked welterweight; he’s a light welterweight, and you have to wonder if Bradley is going to be one of those types of champions that milks his title while he waits for a big money fight to drop his lap.

This is Bradley’s optional defense, so if he doesn’t fight Manny Pacquiao, Brandon Rios, Juan Manuel Marquez or Mike Alvarado in his next fight after this, then the World Boxing Organization will likely start to apply big time pressure on Bradley to get him to fight his #1 WBO mandatory challenger Keith Thurman. Don’t count on Bradley’s promoter Bob Arum ever allowing Bradley to take the fight because it’s a bad fight for Bradley.

Provodnikov tends to get hit a lot, and swell up when he fights. He tends to get cut a lot, and we can expect to see that happen on Saturday. It may not be from Bradley’s punches, though, that cause the cuts. Bradley has a nasty habit of leaning forward and charging with his head down when attacking. This causes his opponents to get cut up quite frequently. I’d be surprised if Provodnikov doesn’t end up cut from a head-butt this Saturday.