Fight of the Week: Marco Huck vs. Krzysztof Glowacki 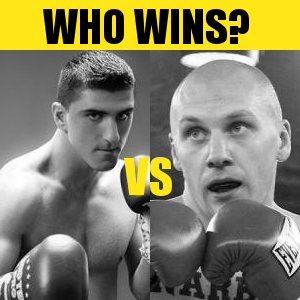 Unlike other professional sports, there is no offseason in combat sports. Week in and week out, fight cards all over the world are taking place. Some weeks there will be major fight cards filled with big name fighters, and others, not so much, but there are fights taking place every week.

Regardless of whether the fighters are household names or not, The MMA Corner will preview the best fight taking place during the week.

This week’s Fight of the Week is a WBO cruiserweight title bout between Marco Huck and Krzysztof Glowacki.
On Friday, Aug. 14, 2015, Al Haymon’s Premier Boxing Champions heads to the Prudential Center in Newark, N.J., where Huck and Glowacki will battle it out in the co-main event of PBC’s live broadcast on Spike.

Heading into this bout, Huck will be looking to defend his WBO cruiserweight title for the 14th time. With a record of 38-2-1 with 26 wins by knockout, Huck has proven that he is one of the top cruiserweight fighters in the world, but he is still searching for a signature win that will catapult him into stardom.

Glowacki on the other hand is entering this bout undefeated and hungry to capture his first major title. Having won multiple amateur, junior and Intercontinental titles, Glowacki is no stranger to big moments.

Considering both these fighters have knockout power and both men are looking to make a statement here on US soil, this one should be entertaining. Neither man has ever competed here in the US; this is there chance to introduce themselves to the American fan base live on cable TV.