Burns’ Full Focus is on Gonzalez, Not Thinking of Broner 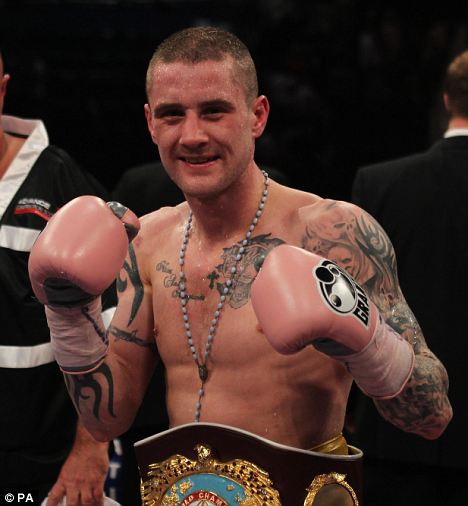 Ricky Burns insists he will not even consider a world title unification fight with Adrien Broner until he sees his way past Jose Gonzalez.

It was announced yesterday that the WBO lightweight champion will face unbeaten Puerto Rican Gonzalez in Glasgow on May 11.

The WBO insisted that Burns take on their mandatory challenger or face losing his strap – ending any immediate hopes of a super fight with WBC champion Broner.

The American is now due to move up two divisions to take on WBA welterweight belt holder Paulie Malignaggi on June 22 but there are still hopes that Burns and Broner can square off in future.

Burns, however, is not looking that far ahead.

He said: “At the moment, I can’t look beyond this fight. I never look beyond an opponent. I’ve got to give this guy what he’s due. He’s not the mandatory challenger for nothing.

“There is talk of Adrien Broner moving up to 147 to fight Paulie Malignaggi. We don’t know if he will stay at his current weight or what. I just need to get past May 11 first.”

Burns has not fought since beating Kevin Mitchell in September last year after his last two fights were called off at short notice.

A scheduled bout with Miguel Vazquez next month was axed after he split with former promoter Frank Warren, after the initial date was postponed, while a date with Jose Ocampo in December was also called off at short notice too.

But the Coatbridge fighter – whose fight with Gonzalez is his first since linking up with Eddie Hearn’s Matchroom Sport promotions company – insists his extended lay-off will not affect him by the time fight night arrives.

He said: “Although the fights were cancelled, it is not as if I’ve been out of the gym or stopped my training. I was always preparing for the fights and it was then that they were called off at late notice.

“After that it was just a case of taking a break, letting the batteries recharge and then getting back in the gym.

“We started back training last week and it will be six weeks on Saturday until the fight. So whatever happens, I’ll be ready to go.”

Burns is already a two-weight world champion after moving up from super featherweight but plans to move to light-welterweight are at least two years off, he says.

“A lot of people have been talking and saying that I have been struggling to make the weight, asking if I’m going to move up to light-welterweight,” said the 29-year-old.

“But for now I’m definitely staying at lightweight. I’m going nowhere. There are a couple of big fights out there, the unification fights, that I am confident I can win.

“So for the next couple of years anyway I will definitely be staying at lightweight.”