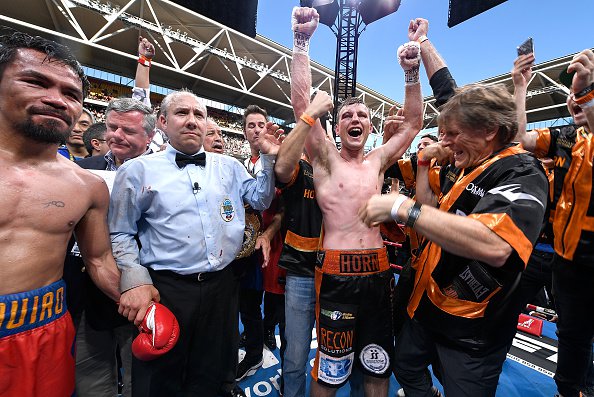 Pacquiao’s head trainer, Freddie Roach, and other members of the corner, admit they very surprised with the toughness and the durability of Horn. Prior to the contest, they were giving Horn zero chance of wining. The veteran promoter believes the entire corner dropped the ball in what was a very winnable fight for the eight division world champion. And Arum says the entire corner should be on point here – including head trainer Freddie Roach, assistant trainer Buboy Fernandez, conditioning coach Justin Fortune and cut man Miguel Diaz.

“What the hell is wrong with that corner? Why wasn’t Freddie Roach out in the ring between rounds yelling at the referee? It’s his job, and there’s confusion in the corner with the languages, with Buboy and Miguel Diaz yelling and screaming like a maniac,” said Arum to The Los Angeles Times.

“And Freddie has to stay close to Manny to give him some advice … to me, they were so overconfident going in — Justin Fortune tells the press that the only way Horn can win is if Manny trips going into the ring. I had seen the kid. I told everybody he was a big, tough kid who could take a punch. I didn’t think he’d beat Manny, but it wasn’t the same Manny.”

“The corner didn’t have a strategy. They were all amazed Jeff Horn was such a tough, rugged fighter and they didn’t adapt to it. There’s a lot of blame to go around, but the bottom line is the kid had a lot of heart and came to win and did everything he could to get it, and the referee let him do more than he should have,” Koncz said.

“If we go back to Australia, I’ll be more involved with the promotion and the selection of the judges and referee. I relied heavily on the WBO. Everybody can be blamed for everything for this. If we do have a rematch, there’s got to be a lot of changes. We’re not sure he’s ever going to fight again. I told Manny before the fight that if things didn’t happen, we would sit down and make decisions on what we need to do.” 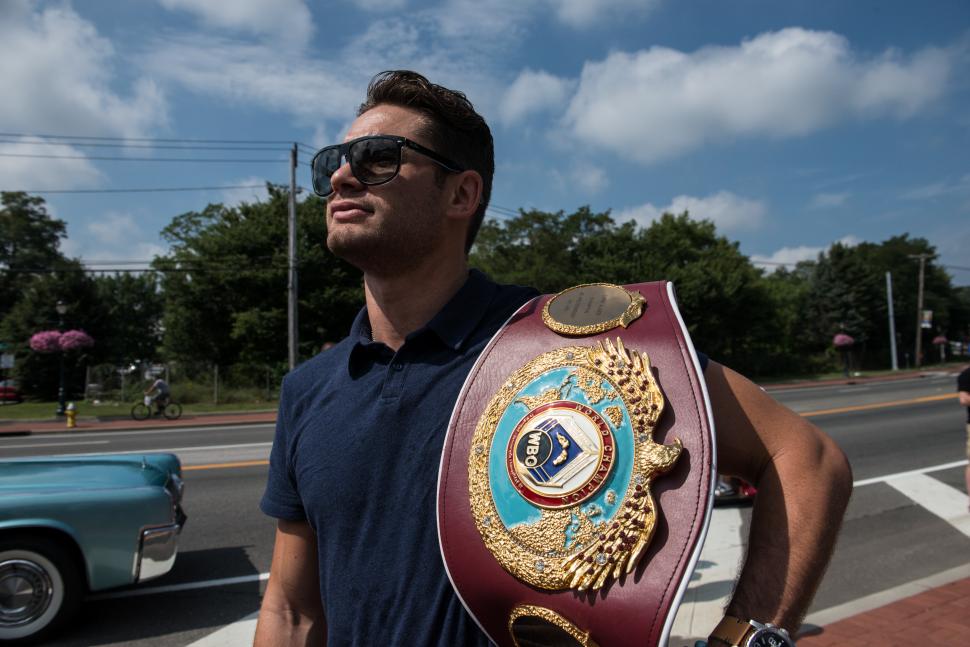 Pacquiao will be looking to wash over Algieri like a Tsunami next month in their HBO pay-per-view televised fight on Championship Boxing.

Buboy figures that the all-out attacking style of fighting for the 35-year-old Pacquiao could produce a knockout early if the slender Algieri chooses to slug with him. Why Algieri would do that is unknown, because if he watched his last fight against Ruslan Provodnikov, you can see that Algieri was moving constantly and not mixing it up.

“We are training him for more head movements, more punching combinations and a non-stop assault,” Buboy said to Philboxing.com. “We expect a bigger and taller Algieri to run around the ring. We should be ready for that. But, just in case, Algieri decides to mix it up then much better. The fight would end earlier.”

Pacquiao always fights the same pretty much. If Buboy’s plan for Pacquiao to beat Algieri is for him to go and throw nonstop combinations then he’d better come up with a good plan-B, because that’s a style that is more suited towards stationary fighters like Brandon Rios rather than movers like Algieri.

You’d hate to think that Pacquiao will be spending 7 weeks working on trying to storm a stationary foe by throwing 100 punches per round. What Buboy and Pacquiao need to be work on is trying to cut off the ring against movers like Algieri. Pacquiao looked horrible each time Tim Bradley used any kind of movement in their fight last April, as he showed no improvement in cutting off the ring from their first fight. Pacquiao was able to beat Bradley only because he chose to stand and trade instead of using movement like he did in their first fight.

“We will employ non-stop pressure. Our fighting congressman will chase him wherever he goes. Then try to throw three to five punching combinations to the head and body,” Fernandez said.

Pacquiao’s ability to cut off the ring could be hampered by his tendency to cramp up when he moves a lot. If he gets a case of cramps against Algieri on November 22nd then it’s quite possible that Algieri is going to box circles around him.

I’m not sure that the judges will give Algieri a decision no matter how good he looks, but he sure will make Pacquiao look every bit the loser if he can’t cut off the ring. It almost doesn’t matter if Algieri gets robbed. If he can make Pacquiao fight like he has two left feet like Bradley did in 2012 then the boxing public will ignore any decision handed down by the judges and see Algieri as the winner.
http://www.boxing247.com/boxing-news/buboy-pacquiao-will-be-attacking-algieri-with-a-non-stop-assault/34609#JF9VMSDrZsKg1udK.99