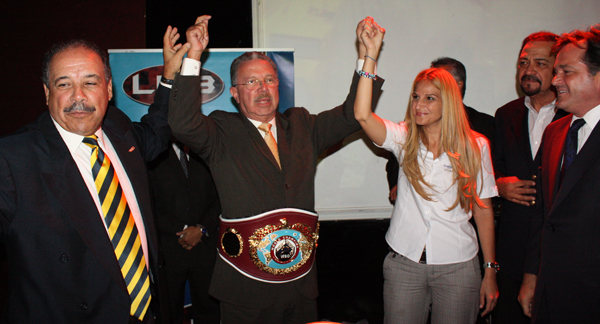 He began his television program “LO MEJOR DEL BOXEO”, specialized in boxing, which has been broadcast uninterruptedly for the past 45 years and obtained the Guinness World Record on December 8, 2016, as the oldest sports program on world television with the same presenter.

Currently next January, it will be 46 years on the air.

Mr. Tapia is the producer, director and main presenter of the program “LO MEJOR DEL BOXEO” and his greatest achievement is considered to have given his country to see all the important boxing events on open television live and by Satellite, avoiding pay-per-view or cable costs to most countries broadcasting boxing. Thanks to Mr. Tapia, Panamanians see the greatest boxing shows for free.

He has participated as a boxing connoisseur in several boxing documentaries such as:

1. The Fist of a Nation, winner of several international awards.
2. Special Program produced by ESPN worldwide, “No más”
3. Documentary made by the British company ADHOC FILMS, broadcast worldwide called “I am Durán”.

He has been a principal advisor to the following film events:

1. Hands of Stone
2. No más
3. I am Duran
4. Various boxing documentaries produced for Latin America