Brian Rose and crown of his dreams 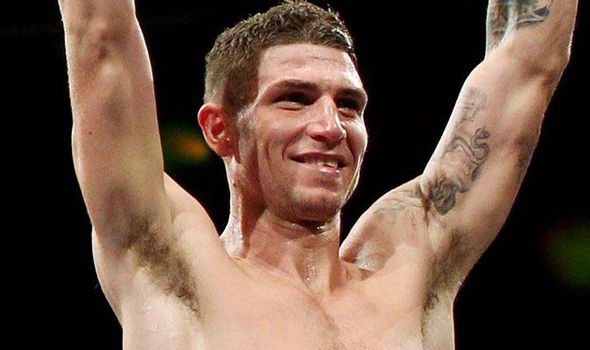 Rose heads into his 25th pro fight against Joachim Alcine on April 20 at the Winter Gardens in Blackpool knowing a win could land him a tilt at the world title.

Rose’s career looked in tatters after a sixth-round stoppage defeat by Max Maxwell in 2010, but winning the British title from Prince Arron in late 2011 has given him a ‘New Life of Brian’.

His bout against Alcine is now for the vacant WBO Inter-Continental title and the winner looks likely to get a crack at Baysangurov’s belt.
Rose meets ex-WBA holder Alcine, 37, in what he regards as his first test at world level.

“I’ve been waiting for this moment for years. I’m back fighting on Sky and in a proper fight with big things on the horizon.”  Brian Rose

He said: “Beating Alcine and landing that Inter-Continental belt puts me right in the picture for the big one with Baysangurov. That has given me even more incentive to win well.

“It has been a long and winding road but good things come to those who are patient and I have always had dreams of being a world champion. ”