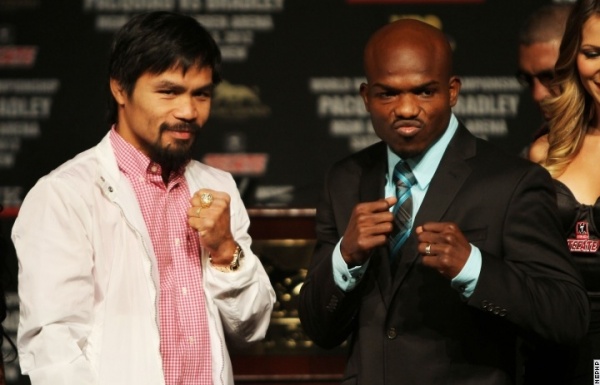 Bradley won the WBO welterweight belt off Pacquiao when he defeated the Filipino boxer via a contentious split decision in June 2012.

“It’s one of the great battles that can happen this year,” Valcarcel told Boxing Scene of a potential Pacquiao-Bradley rematch.

“The controversy of the first fight makes it very interesting, adding to the fact that they are great fighters, and Bradley is a great champion. Pacquiao needs no introduction,” he added. “It is a fight that cannot be missed.”

According to Top Rank chief executive Bob Arum, the terms of the rematch has yet to be finalized, although they are working with both camps to iron out the details.

“Among the options that were being considered, this is the most interesting,” said the WBO president. “They had a rematch clause in the contract for his fight and both belong to the same promoter.”

Pacquiao returns to the ring on April 12.