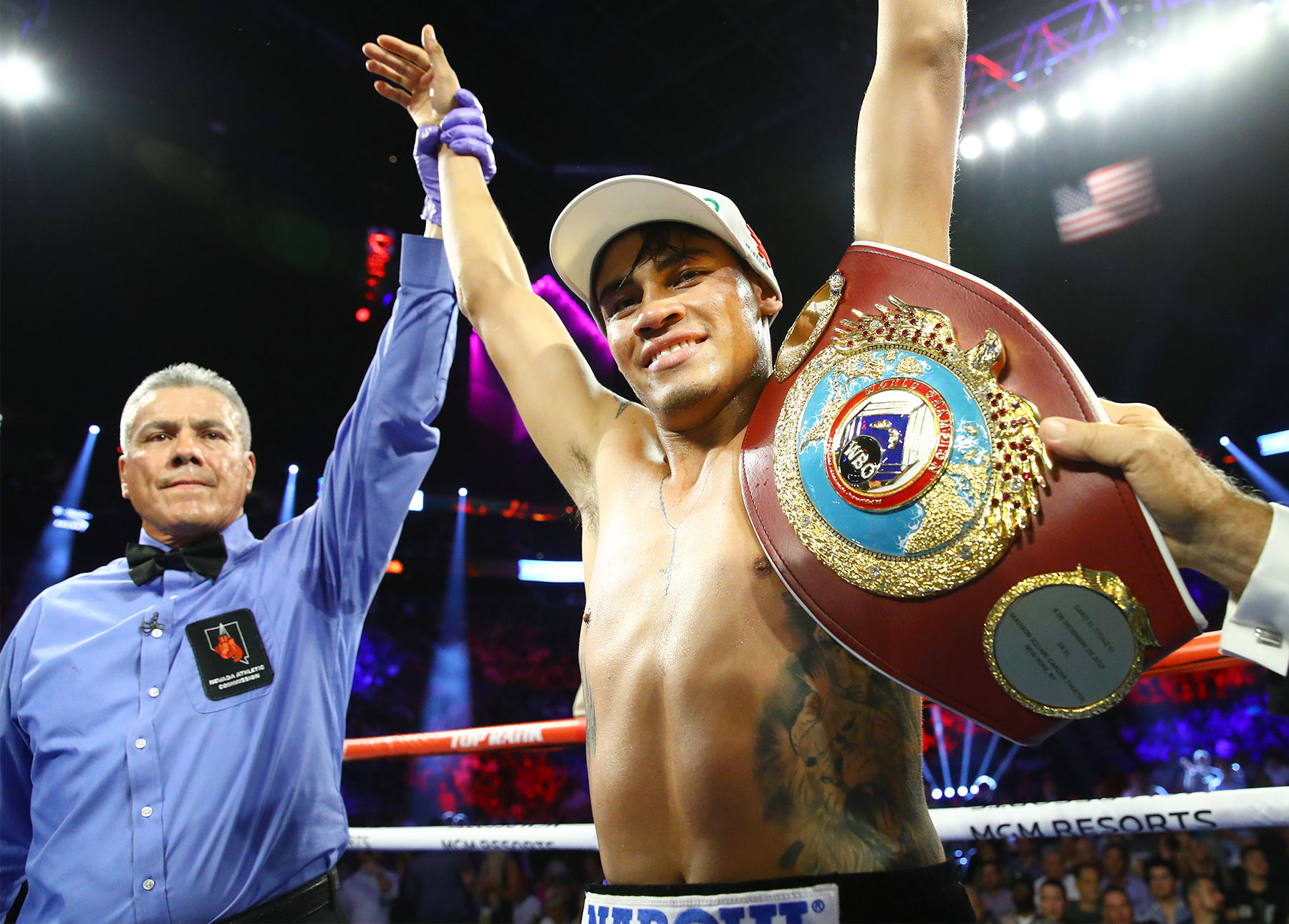 The fight was the main support bout to the heavyweight clash between Tyson Fury and Otto Wallin.

The Philippines Elorde, 32, start well and showed no fear of the big-punching Mexican champion, ripping in shots to the body in the opening round.

But Navarrete came roaring back in the second stanza, landing some hard shots on the challenger.

The left hook was the money punch for Navarrete, knocking down Elorde in round three before finishing him off in the fourth.

“I’m happy because I think I put on a great performance,” said the 24-year-old Navarrete.

“Fortunately, my opponent is OK, and I came out here to put on a show. I hope the fans enjoyed it on my very first Las Vegas show on Mexican Independence Day Weekend. ‘Vaquero’ Navarrete is here to stay.

“The most important thing here was that it was a good performance for me. I think the referee did the right thing. He’s going to go home to his family, and everything is going to be OK.

“It was a good performance on my behalf and he gave what he could. At the end of the day, I came away with the hard-fought victory.”