Verdejo To Stay Busy While Flanagan Situation is Sorted Out 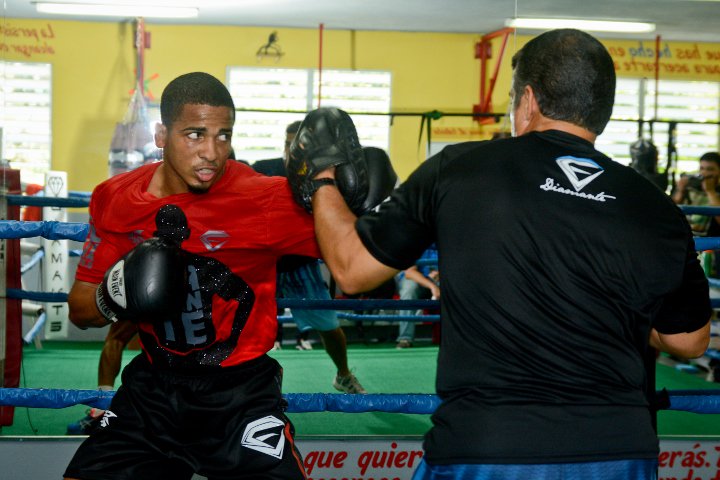 The postponement of Felix Verdejo’s title fight does not mean that he will leave the gym entirely.

Ricky Marquez, coach and manager of the Puerto Rican pugil, said yesterday that he will not stop his pupil’s training regime and that he will keep abreast of the injury of Terry ‘Turbo’ Flanagan, lightweight champion (135 pounds) of the World Boxing (WBO).

“We continue to work and train to see what comes next,” Marquez told Carlos Gonzalez. “We are going to wait for the WBO to make its protocol according to the situation and if there is a fight that arises, an eliminator or maybe some regional title fight, we will look at it. For me, the important thing is that Felix stays as active as possible.” Last Monday it was reported that Flanagan suffered a leg injury. The combat, originally scheduled for September 16, however, was postponed for a future date to be determined.

For Márquez, the change is not cause for concern.

“Felix has the focus and concentration to do the job. As every athlete wants to compete,” he said.

He also did not rule out the plan to move to Big Bear, California, to complete part of the training program at the gym of Abel Sánchez, whose main pupil is Gennady Golovkin.

“I would not know at this point because we do not yet have everything to make that decision. If a fight arises soon between August and September, I do not rule out Felix going to California,” said Marquez.

“It all depends on whether they tell us when the fight would be … when they give us a safe date.”

On the other hand, Márquez expressed caution regarding the alleged injury of Flanagan and hopes that the WBO receives the document that certifies the same.

“From what I understand, there was dissatisfaction on the part of Flanagan’s representatives. It is a coincidence that the injury happened so fast. It generates suspicion. I can beieve that it is a genuine injury because Flanagan is a warrior, but from I understand it is purely a matter of business,” said Marquez.

Even Francisco ‘Paco’ Valcárcel, president of the WBO, said yesterday that he had not received the medical certificate with details of the Flanagan injury.

“We had problems with the internet service during the past few days, so we have not yet been able to verify if we received it,” Valcárcel concluded.