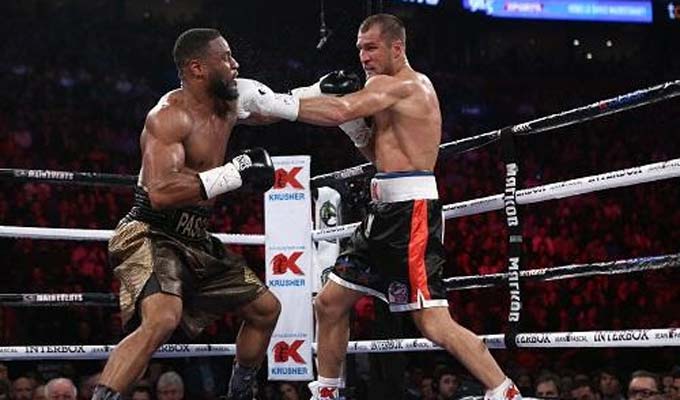 Kovalev dropped Pascal with a jab in round one, but it was ruled a slip. “Krusher” then battered Pascal in every round. Freddie Roach finally pulled the plug after seven rounds of punishment. 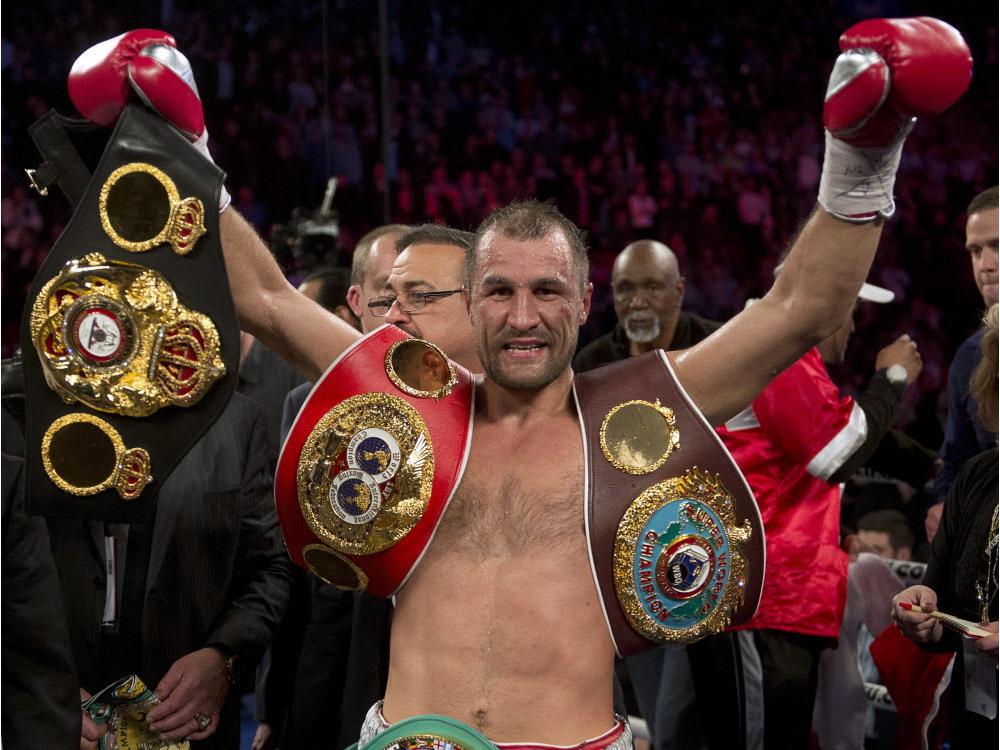 Jean Pascal showed plenty of heart, plenty of guts — just as advertised. But he also appeared to be overmatched against Sergey Kovalev.

The end came at 1:03 of the round. Kovalev scored with a left against the ropes, then quickly landed an overhand right, prompting Puerto Rican referee Luis Pabon to stop the bout. Moments earlier, Kovalev was dropped, but Pabon ruled it a slip.

Pascal looked on in disbelief, as though he was shocked, when the fight was stopped. Sergey Kovalev (right) lands a punch to the head of Jean Pascal during their unified light heavyweight championship bout at the Bell Centre on March 14, 2015 in Montreal.  Photo:  Richard Wolowicz /  Getty Images

Kovalev looked like he had Pascal finished in the third round, when he scored with a right hand. Pascal slipped slightly through the ropes and appeared in serious trouble.

But he survived and came on in rounds five and six, swinging from the fences and scoring with overhand rights. Pascal was wild and unorthodox, throwing punches from angles and landing as often as he could. But he also missed as frequently.

It was clear and obvious Kovalev was the more polished and accomplished boxer. Indeed, the Russian-born Kovalev had Pascal hurt with a left hook near the end of the seventh round. Pascal stumbled back to his corner. Jean Pascal (right) lands a punch to the head of Sergey Kovalev during their unified light heavyweight championship bout at the Bell Centre on March 14, 2015 in Montreal.  Photo by Richard Wolowicz /  Getty Images

Kovalev was making the fifth defence of the WBO title he captured in 2013 against Nathan Cleverly, stopping him in the fourth round.

Kovalev has dismantled all opponents who have gotten in his way since then, although many have lacked star power. Those included Ismayl Sillakh, Cedric Agnew and Blake Caparello. The latter caught Kovalev off-balance, knocking him down in the opening round, before Kovalev roared back to stop him in the second. He defeated Sillakh in November 2013 at the Colisée Pepsi in Quebec City.

Kovalev had hoped for a unification bout against Blainville’s Adonis Stevenson, the World Boxing Council 175-pound champ. Indeed, a deal had been agreed upon according to Main Events and HBO. But things changed after Stevenson signed with Showtime.

Stevenson said he wanted a fight against veteran Bernard Hopkins. But Hopkins eventually pulled an about-face, signing to put his version of the light-heavyweight titles up against Kovalev last November in Atlantic City. The winner would control three of the division’s four titles.

Kovalev dropped Hopkins in the first round, scoring with the first decent punch of the bout, but never could provide the finishing salvo. Hopkins appeared to be in survival mode and lost a unanimous decision. It marked the first time Kovalev fought beyond the eighth round.

Pascal, meanwhile, lost his first title opportunity back in 2008, vanquished by Carl Froch when they met for Froch’s super-middleweight belt.

Undaunted, Pascal moved up to the light-heavyweight division, capturing the WBC title against Adrian Diaconu. Pascal beat him again in their rematch, then handed Chad Dawson the first defeat of his career before fighting Hopkins to a majority draw. When they met in the rematch five months later, Pascal lost a decision in May 2011.

Pascal scored a unanimous decision against Lucian Bute in January 2014, but had fought only once since then, capturing a two-round no-contest against Roberto Bolonti last December.

It was hardly the ideal way to tune-up for Kovalev.