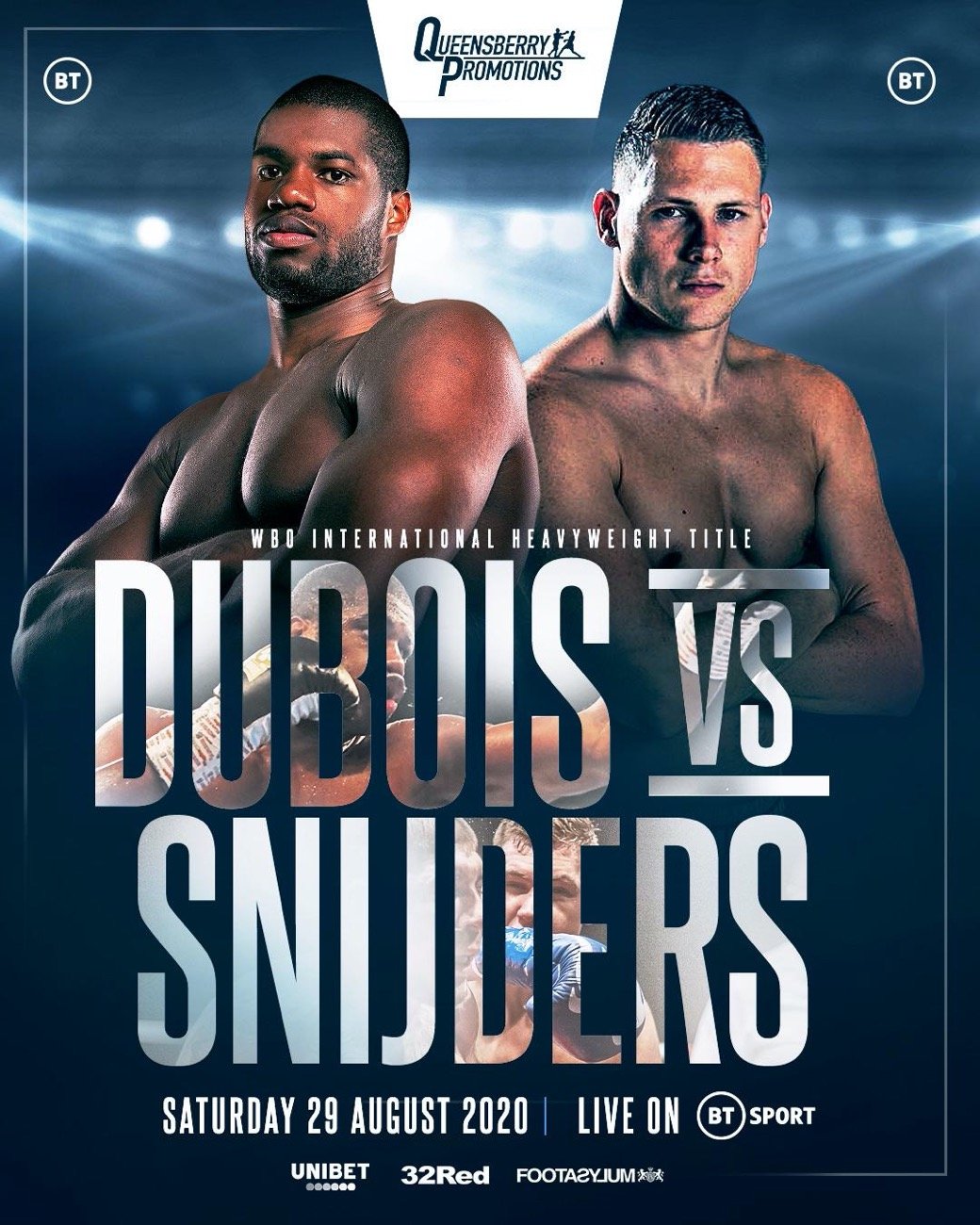 The British and Commonwealth champion was due to face Eric Pfeifer in a behind closed doors showdown, but issues with the Germans medical have derailed those plans.

Whilst it’s a blow for Londoner Dubois (14-0, 13KOs), Dutch title holder Snijders (18-1, 8KOs) has jumped at the chance to gatecrash the world rankings.

Dubois, 22, hasn’t boxed since last December and needs to sharpen his skills ahead of his highly anticipated showdown against Joe Joyce, scheduled for London’s O2 on Saturday October 24.

Promoter Frank Warren said: “Of course it’s a disappointment that we have had to make a late change, but the most important thing was getting Daniel a solid test.

“We’ve had Snijders training for weeks getting ready for this fight on the off chance there was an issue, and thank God we did.

“Pfeifer‘s team didn’t submit his MRI on time and given the current circumstances we couldn’t stand for the uncertainty or take the risk that the fight would be pulled at the last minute.

“Daniel hasn’t boxed since last December, some eight months ago. That’s a long time, especially for Daniel who has always been active.

“Daniel trained at home with his sister and younger brother during lockdown and he has been back in the gym with his trainer Martin Bowers for several weeks.

“Joe got an impressive win last month, so this is Daniel’s chance to show what he’s made of.

“Of course my nerves will be on edge a bit next week.

“They were until Joe came through against Michael Wallisch, and until Daniel’s arm is raised after the Snijders fight it will be the same.

“Snijders fancies the fight and was happy to say ‘yes’ and jump at the opportunity of his career. He’s coming up from Cruiserweight and wants to follow in the footsteps of fighters like Usyk, Haye and Bellew.”

Seven of his last eight wins have come inside the distance, and knows he will need his power to hold off Dubois.

In his last outing, Ricardo knocked out Istvan Kun inside two rounds.

Warren rates Dubois as the finest prospect in the Heavyweight division and the world governing bodies appear to agree.

Dubois is currently ranked number three for Anthony Joshua’s WBO belt and is at seven for the WBC title that is held by his Frank Warren stablemate Tyson Fury.

Warren added: “Providing Daniel can solve this Dutch puzzle, we can push on with the Joyce fight and then we can hope for a world title fight next year as a mandatory contender.”