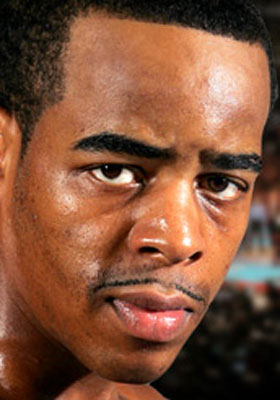 TACOMA – Zahir Raheem was tired. But it was the good kind of tired — a satisfied kind of tired. After 10 rounds, the final four of which he fought with basically one hand, the 37-year- old Raheem still had enough energy to raise a title belt in front of a sold-out crowd at the Emerald Queen Casino show room on Friday night.

Judges Tim Wood and Marlon Perry scored the fight 99-91 while Alan Krebs scored it 97-93 in favor of Raheem.

“I felt good,” Raheem said of going 10 rounds. “It was fun. I felt strong. I was a little exhausted in that seventh and eighth and ninth round. But it was good overall.”

Since returning to the ring under Brian Halquist Productions a year ago, Raheem (35-3, 21 knockouts) had fought a total of eight rounds in his three fights, knocking out opponents early. Before that, he had taken two years off from professional fighting with the exception of a few exhibition bouts. His last fight that went 10 rounds came in May of 2007 in a unanimous decision win over Cristobal Cruz.

“I thought his conditioning was good,” said trainer Rob Bell. “Considering he hasn’t gone 10 rounds in years, to go 10 rounds against that guy was big. The guy was young and he just kept coming.”

Jargal, 31, had only been knocked out once in 24 career fights and wasn’t going to go down easily.

Raheem, who does much of his damage as a counterpuncher, didn’t get many opportunities early since Jargal (17-5-3, 11 knockouts) didn’t throw many punches. Both fighters got busier in rounds three through five and Raheem started landing shots. He buckled Jargal in the third with a short inside right to the jaw and followed with a nice combination.

“He was a little awkward,” Raheem said. “It was hard to get my timing down.”

Raheem landed decent scoring shots in the fourth round and early in the fifth round. But Jargal kept coming.

Late in the fifth round, a right to the top of Jargal’s head proved more damaging to Raheem. It left the hand aching, the pain growing with each punch. It basically became useless for power punches late in the fight.

“It was effective early and I had to stop using it,” Raheem said.

For the final three rounds, it was just survival and scoring if possible for Raheem. He used left jabs followed by short left hooks.

“Hey, Bruce Lee fought with his eyes closed,” Raheem said. “Sometimes, I train with one eye open. Sometimes I train with one hand. You never know what’s going to happen in the ring and you can’t quit.”

Jargal was able to land some decent punches in the ninth and 10th rounds with Raheem looking to avoid any big punches that could put him down.

“He never really hurt me,” Raheem said. “If he would have, I would have been out of there.”