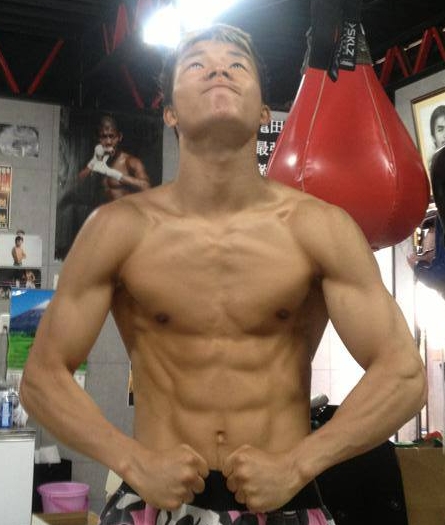 CEBU, Philippines – Unbeaten Japanese world title challenger Tomoki ‘Mexicanito’ Kameda is raring to showcase his skills in front of Cebuano fans, even as he expessed confidence of seizing the WBO bantamweight crown from Namibian champion Paulos Ambunda when they slug it out in the  main event of ‘Battle of the Undefeated’  fightcard on August 1 at the Waterfront Cebu City Hotel and Casino.

Since Kameda is not the mandatory challenger, the Japan Boxing Commission won’t let him fight for the belt in his own country.

Still, the Japanese boxer feels that he has hometown advantage fighting on Philippine soil.

“I will do my best so that Filipino fans will enjoy this fight. I want to showcase my skills in front of them and I can say that I have a very big chance of beating him (Ambunda) to get that belt,” said Tomoki, the youngest of the three fighting Kameda brothers of Japan.“I would love to make my own name here in the Philippines just like I did when I was fighting in Mexico where I get my ring name Mexicanito.”

Tomoki,  who also holds the WBC Silver bantamweight belt, vows to follow in the steps of his elder brothers Koki, the reigning WBA bantamweight champion, and Daiki, the former WBA flyweight titlist.

“This is something unique because this is the first time that a world title fight featuring foreign boxers will happen here in Cebu and we Cebuanos should be proud,” said Cebuano promoter Rex “Wakee” Salud.